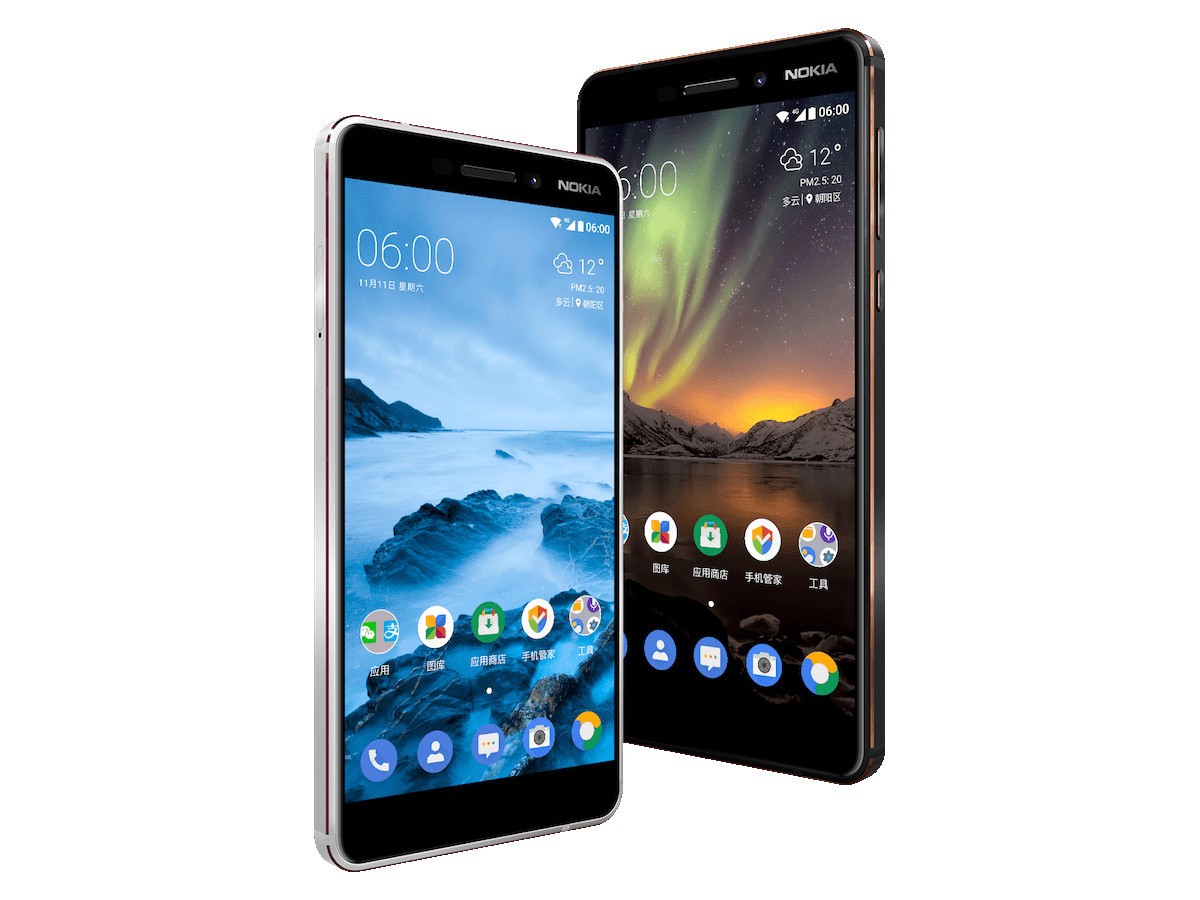 Nokia has kicked off 2018 with one of the first phone launches, announcing the 2018 edition of the Nokia 6. There’s been some changes since the original with a rear mounted fingerprint sensor and more powerful internals.

The handset is still an aluminium unibody design, and comes with a 5.5″ FullHD (1920×1080) resolution IPS LCD display and now has a rear mounted fingerprint sensor and slight smaller bezels. The other major change is the removal of the capacitive buttons on the front, replaced with on-screen soft keys making for a much cleaner looking front. Internally, the processor has been bumped from the Snapdragon 430 in the 2017 edition to a much more powerful Snapdragon 630, with 4GB of RAM included. The Nokia 6 2018 comes with either 32GB or 64GB of storage, with a microSD card slot (up to 128GB). The camera is still a single 16MP sensor on the rear, with an 8MP front-facing camera as well. The phone will be powered by a 3,000mAh battery that can be charged through the USB-C port.

HMD Global is launching the Nokia 6 with Nougat (Android 7.1.1) but promises regular updates – including an Oreo update coming soon.

Any news of an Australian release date? In desperate need of a new phone! Was gonna buy the current Nokia 6 but just wondering if I should wait!!

Does it (still) have NFC? Can’t seem to find out.

Should my Nexus 5X drop dead any time this year (and I expect it will), this new Nokia 6 will be its replacement.

Expect the price to be more like $350 because of the Australia Tax.

is it coming to australia