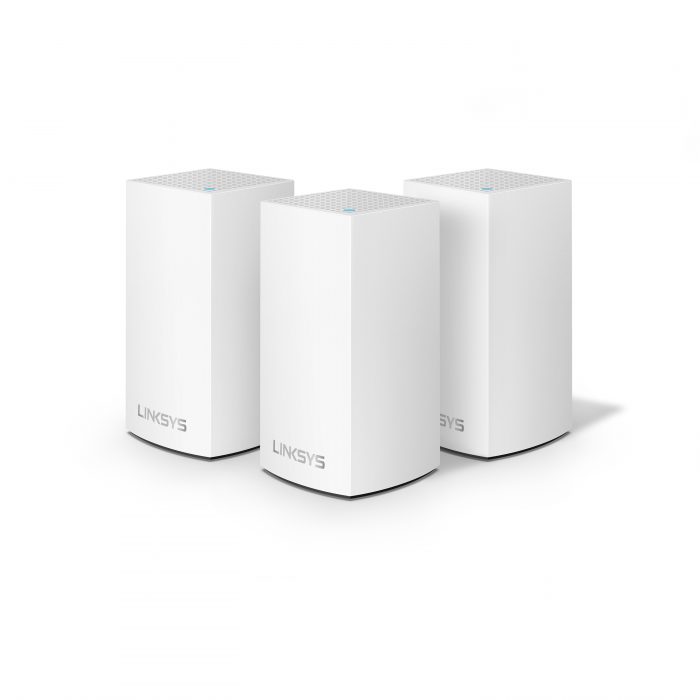 At CES last year, Mesh routers were all the rage and this year Linksys have added a new model to their Velop line of mesh networking devices with a dual-band version.

The world of mesh networks has brought better internet access to many homes, but as we saw with Velop when it launched here it can be an expensive option. To drop the price down Linksys has dropped Velop from a tri-band to a dual-band router setup. The reduction makes the overall package cheaper, as well as smaller with the new Velop access points 2 inches shorter than their original counterparts.

Linksys says that the Tri and Dual-band access points are inter-operable, allowing existing Velop owners to add an additional (but slightly less specced) access point to their existing setup.

Each access point is an AC1300 device which can serve as a router, range extender, access point, and bridge. All setup and config for the Velop network is done through an app on your phone or tablet, allowing you fast access to the configs.

As well as new hardware, Linksys has also announced they’ll be adding new features to the Velop line:

No pricing has been announced for the new Velop routers, but they will be available in 1-pack, 2-pack and 3-packs when they launch in Australia/New Zealand later this year.