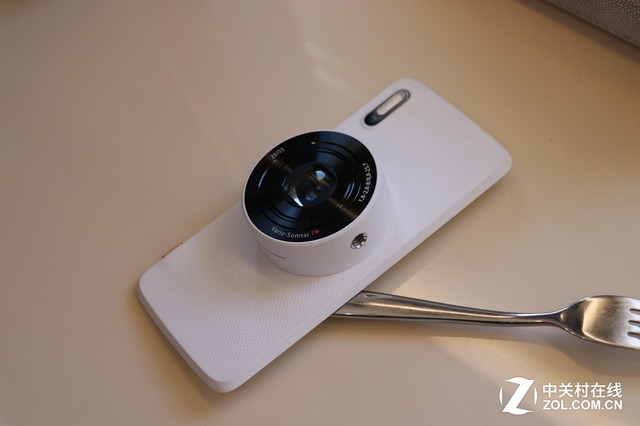 Here at Ausdroid we love the Moto Mods for what they are: innovative additions that can enhance the user experience is specific situations. Motorola are betting big on their Moto Mods, promising a minimum of twelve new ones per year.

At a special event aboard Jackie Chan’s plane in China (of all places), Motorola have unveiled a selection of this year’s upcoming Moto Mods as well as the Moto Z 2018. On the trip from Beijing to Shanghai, Mr Gao Feng, Director of Product Planning of Lenovo’s mobile business, chatted with journalists about the Moto Z 2018 modular phone and the new Mods (and some older ones) they would be bringing to the market in 2018.

There were a few others presented by third-party guests including an eyeglasses module that turns 3D into 2D and a security module for identity recognition.

The Moto Z 2018 looks to be very similar to the Moto Z2 Force which we did not see Downunder. Is will have a 2K display with their Plastic OLED along with 128GB of onboard storage and 6GB of RAM. It will also have a micro-SD slot that can handle microSD cards up to 2TB. It is powered by last years Snapdragon 835 with a battery of 2730mAh, charged via the USB 3.1 Type-C port.

The cameras will have aperture size of f/2.0 and f/2.2, far from impressive and will be a tick over 6mm thick. At this stage it is only running Android 7.1 with hopefully Motorola’s very minimal skin on top of it although there is a suggestion they have an all new UI for it (I am dreading it already).

It is great to see Motorola continue to push these mods as I think they do have a place in the Android world. Hopefully they bring their flagship along with all the Mods here this year for us to check out.

I really like Ausdroid and your articles, but could you, as a professional journalist please use spell check and grammar check?

Moto Z 2018 is only running Android 7.1 with hopefully Motorola’s very minimal skin on top of it although there is a suggestion they have an all new UI for it (I am dreading it already).

I think you will find that will be more to do with the mods side of things. Bringing out the abilities of the mods that android alone cannot do.

I’ve said for years that if Moto released a GOOD camera mod. Mirrorless quality. Then I’d buy their phone. But if it cheaps out like the Hasselblad mod, I’m not interested.

there is definitely a market for a top notch camera mod.

yep, I ended up rejigging my finances to get the Note 8 but the only thing holding me back from Moto was the camera quality.