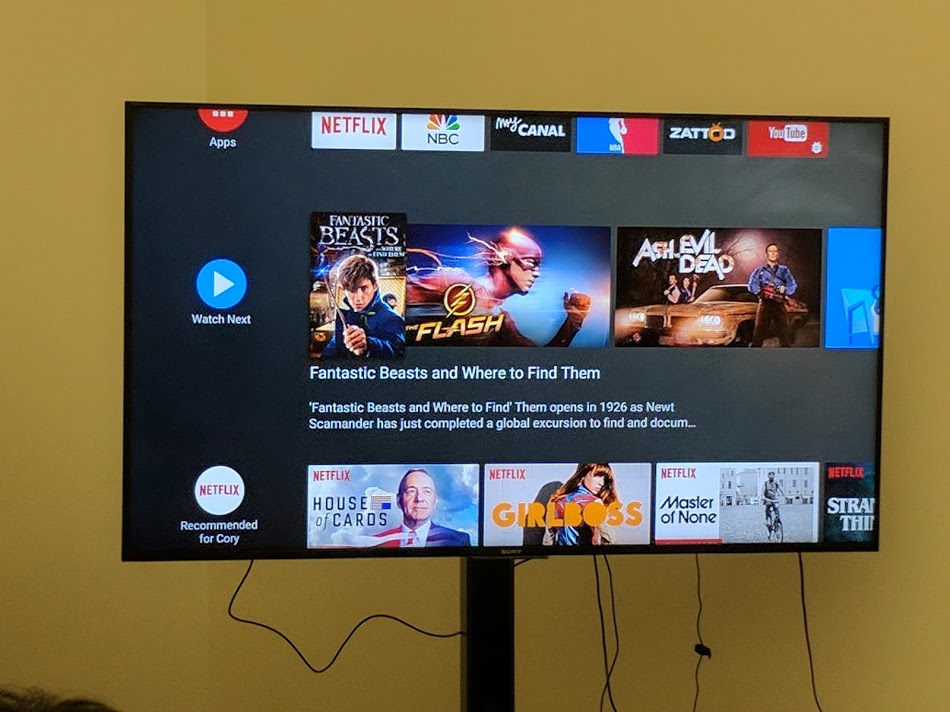 At Google IO last year Google showed us a new interface for Android TV and it was impressive. While the current interface is not horrible we all know that Google can do better. With the upcoming Android 8.0 Oreo update to Android TV Google will be bringing this new interface to everyone.

Today on Medium, Rachel Berk, Entertainment BD at Google Play, outlined the changes that will come with Oreo on Android TV aside from the changes to legacy recommendations. With Android TV set to take off even more this year — we have already seen some announced at CES 2018 — Google are keen to release this new interface.

Oreo will bring the conversational Google Assistant to Android TV and promises to make content and navigation easy. You can control the TV with commands such as “rewind five minutes” or “play the next episode” or search for content across apps. Using Google Assistant and Android TV you will now also be able to control your IoT devices and access third party services (“speak to AFL, why are Geelong the best?”). Google Assistant can also help by answering questions about content on the display, something I find myself doing continually while watching shows albeit using my phone.

Oreo beings a total redesign of the home screen for Android TV with content provided first and foremost so it is easily accessible with a single click. It also allows for channels for easy browsing and allowing you to program for individuals. The channels are arranged in rows down the screen allowing not just targeting of users by developers with relevant content.

The new Android TV UI also features video previews that are played when the content is focused on by the user.

Oreo promises to be a big change for Android TV and a change for the better with users having greater control over their content and its placement within the homescreen. Hopefully Android TV can continue to grow and improve but will only do so if it is adopted by the general public.

Do you have an Android TV?

I recently bought the TCL. its running marshmellow and it fanstastic. Everything runs really well. my only complaint is the slow (20 sec) boot time.

Only it still doesn’t. It places channels and providers first and foremost, with content not actually personalised to the user, nor integrated to give a ‘channel agnostic’ view of content. And it doesn’t place enough onscreen either (a factor of flat/grid and bad google UI).

Spent $4000 on a Sony 65X9300D Android TV in December 2016. Promised Nougat in a press release, but never eventuated. Force closes background apps all the time. Factory resets don’t fix it. I won’t hold my breath for Oreo. Possibly the most frustrating $4000 I’ve ever spent.

I bought a Sony x8500C tv two years ago, very few updates, buggy (keeps rebooting from time to time or video doesn’t show requiring a reboot which fixes it) and slow to operate, I doubt I will get this. Puts me off buying another Sony.