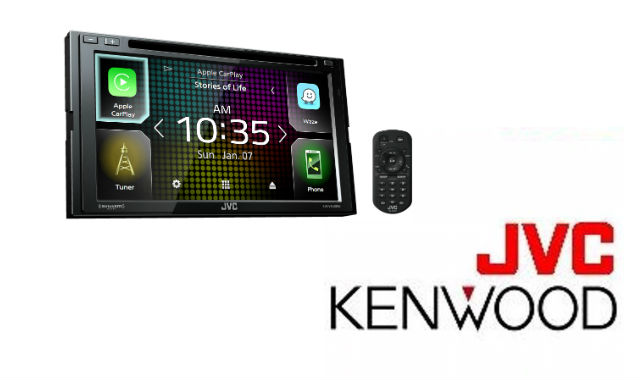 As expected, JVC Kenwood have released two wireless Android Auto head units at CES, but as a bonus they’ve announced a further five head units with Android Auto, unfortunately you’ll still need to plug those in with a USB cable.

The KW-V940BW and KW-M845BW are the first wireless Android Auto head units from JVC/Kenwood, both models come with a 6.8″ WVGA resolution clear resistive touch display, 13-Band equalizer, dual USB ports and also support Apple CarPlay. The major difference appears to be support for DVD in the KW-V940BW.

JVC Kenwood is also includingcompatibility with WebLink, which they say is ‘a media platform that provides safe use of popular smartphone apps from the JVC receiver display’. WebLink allows easy access to Waze navigation, YouTube and Yelp accounts on users phones with easy connection to the web. In addition to the wireless Android Auto head units, JVC/Kenwood are also introducing five new Android Auto (and Apple CarPlay) head units at CES. The KW-V840BT, KW-M740BT, KW-V640BT, KW-V340BT and KW-V140BT are currently listed on the JVC US website.