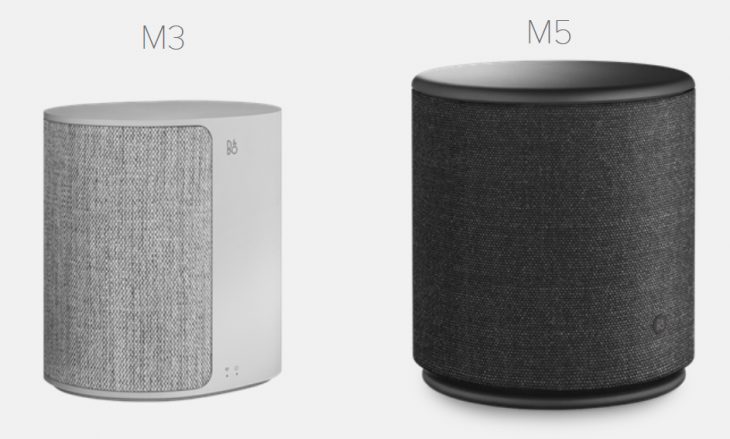 During the summer holidays I had the chance to test the new Bang & Olufsen (B&O) Beoplay M3 and Beoplay M5 wireless multiroom compatible speakers to judge their usability, design and audio quality. While both were good I was impressed with one speaker enough to place an order for it, after the M3 and M5 loan review units were returned to B&O.

The M3 and M5 are both members of the Beoplay connected multi-room WiFi speaker family. The M3 was launched in late 2017 and M5 in early 2017 at CES.

Both speakers have Google Chromecast functionality built-in as well as Bluetooth and Apple Airplay.

Clearly designed to fit seamlessly into a modern Scandinavian/Nordic style home, the M3 and M5 are available in two standard colours: Natural (Grey) and Black. Occasionally seasonal colours are available eg the M5 has an option of winter Infantry Green at the moment. Since B&O is a northern hemisphere company the seasons are the opposite of what’s happening in Australia down under.

Both speakers are intended for placement in a prominent location in your home and are designed to not look like technology gadgets, recognising that form is as important as function.

Technical and Design specifications are as follows…

And then onto unpacking the M5…

In each box I found the M3 and M5 speaker respectively, a power cord and a quick start guide. The quick start guide English paragraphs are several pages apart because each instruction has translations in multiple languages underneath it. It would be better to consolidate all the instructions for each language on consecutive pages

Since they’re Wi-Fi speakers the M3 and M5 need power all the time. Connecting to master on/off switch for your home theatre is impractical as the speakers need about 1 minute to boot up and be ready to use.

The back of the M3 speaker has volume up/down and pause speaker switches at top. The inside flip at the bottom hides config button, power button and Aux 3.5mm line-in port.

The aluminium disc on the top of the M5 incorporates volume and connection controls that respond with a viscous dampened movement as you twist the disc to change volume or press it to join other compatible multiroom B&O speakers. Underneath the speaker there is a small hollow where you will find an ethernet port, Aux 3.5mm line-in and power button.

Unboxing and Setup of Beoplay M5

Both speakers require you to install the Beoplay app on an Android phone/tablet or iPhone/iPad to complete the setup process. 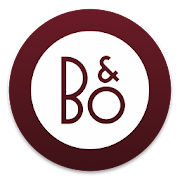 The setup process is very similar for both speakers, see the screenshots below.

During the setup process you need to choose whether each speaker is freestanding, in a corner or next to a wall. This will help the speaker optimise its audio output to its location.

The Beoplay app allows you to change the equaliser settings on each speaker using Tone Touch where your finger moves a circle around the screen between warm, excited, relaxed and bright. There are also equaliser presets for party, clear, lounge and podcast.

Bluetooth pairing on the M3 and M5 speaker is always on by default and can’t be turned off with the Beoplay app. This is annoying for M3 buyers because living in an apartment block it means your neighbours can pair with your new speaker, either by accident or on purpose (which did happen).

Quite by accident the Google play app store suggested I install the Bang and Olufsen app. More on that app later, however it should be noted that it did enable me to turn off always open Bluetooth mode on the M5 speaker. Once setup I opened the Beoplay app on my phone and it popped up asking if I wanted to setup a speaker group. Multi room Speaker groups are setup using the Google Home app.

I’ve included some screenshots below which show just some of the extra configuration options and information available by using the Bang & Olufsen app.

Can both speakers get loud enough to fill an open plan 30 sq m living/dining/apartment room without distorting? Definitely and you don’t have to turn up the volume close to maximum to achieve this.

The M5 particularly has great bass emanating from the bottom circumference of the speaker, a family member who is into music commented that the highs sounded crisp and you could hear all the instruments and voices clearly.

Both speakers allow great flexibility in terms of wireless connectivity as you can listen to music, podcasts etc on the Beoplay M3 and M5 via Bluetooth, built-in Chromecast audio functionality, Apple Airplay or via DLNA using Wi-Fi to some or all of the B&O PLAY and/or Bang & Olufsen multi-room speakers you own. The M3 doesn’t support Spotify Connect but the M5 does.

Wired connectivity is via the 3.5mm aux port which I connected our digital radio to so we could listen to ABC grandstand summer coverage of the cricket.

All of these worked fine without any problems which is a definite advantage over competing Wi-Fi speaker system Sonos which is more proprietary in nature. As an example for quite some time Sonos speakers have not been able to directly wirelessly play Audible audiobooks due to software difficulties between the two companies.

What They’re Not Great For

The initial connection and setup process was not as simple and straightforward as it should be. B&O need to improve their Beoplay app to make it so.

If you’re used to 2 speakers with right and left channel stereo channels allocated to them separately then the M3 and M5 may sound strange to you at first. I quickly got used to it but this might not be the case for everyone.

Grouping the M3 and M5 together so music et cetera played from them simultaneously worked well technically, the audio was perfectly synchronised.

However I didn’t find that audio experience was as nice as the M5 by itself. If you like directional left/right audio coming at you from corners of the room then you’d be better off getting two M3’s. If you like immersive 360° audio get the M5.

Obviously you would expect the more expensive of the two speakers to sound better but it’s not just because the M5 has better components. I found in my testing moving the M3 and M5 around, using them together and by themselves that the ambient 360 degree audio of the M5 sounded better compared to the corner located M5 and bookshelf located M3 together.

The M3 is good but would be great if it’s audio output was disbursed more broadly rather than primarily in front of it. I can’t recommend it unless you have a long and narrow home, like an old-fashioned Sydney or Melbourne terrace house.

I liked the M5 so much I bought one. It now sits in the corner of our living room, looking stylish yet understated but when it needs to be used the full power of 130 watts of power across an impressive frequency range of 37-22,000Hz fills the room with enjoyable audio regardless of what angle you’re facing the speaker.