Home Mobiles Apps, Games & Google Services Telegram X is both a project to encourage third-party clients and a... 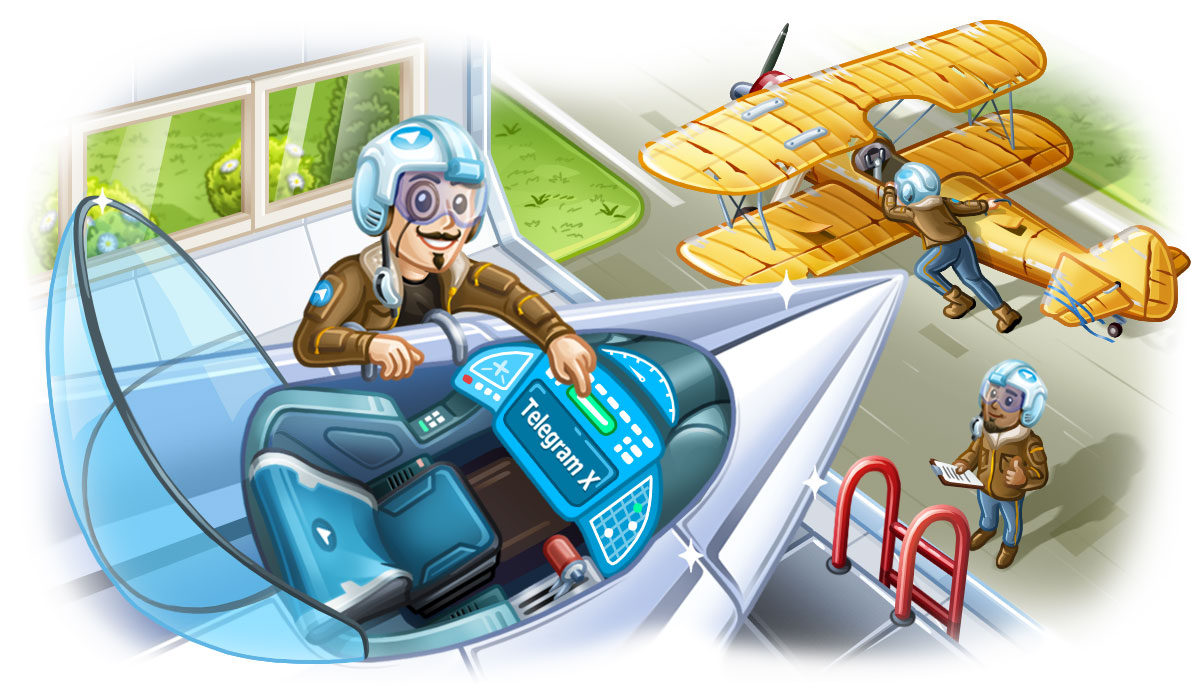 With Google Hangouts almost unusable at this point and Allo nowhere near ready for primetime, Ausdroid runs on Telegram for our messaging. We love it, and we’re also loving a new client for Android called Telegram X which is now available in Google Play.

Telegram X both an app for Android which was built using the Telegram Database Library (TDLib) which they’ve launched today to encourage third-party developers, and it’s a way to ‘reinvent Telegram and explore new frontiers in speed, ease of use, quality of animations and all other aspects.’

The Telegram X for Android is essentially at feature parity with the main Telegram client, something that took the developers a year to achieve – though they’ve also baked in a bunch of new, cool experimental features. The Telegram X features aren’t all guaranteed to make it into the main client, but they may.

Some of the neat features include a night mode (long overdue Telegram), and it’s also faster and has some very nice animations. There’s also an option to long-press a conversation to get a preview.

We’ve been trialling Telegram X for Android out here for a few days and it’s pretty good, though there are issues with notifications. Telegram has said that ‘Big updates are coming next week’, so we hope that will resolve some niggling issues we have.

If you want to check it out you can jump over to Google Play now.

Hangouts is unusable? That’s major news. Within my circle it’s our main messaging app for group messages. It works so well I’ve not even bothered installing Allo or whatever the 3rd app Google were trying to push in the messaging space.

Truth be told we’ve not used Hangouts for some time for Ausdroid’s group comms needs. It got to the point where it simply didn’t meet our evolving needs, and the platform became increasingly clunky. I fully accept it works for others, but for us, it’s no good and hasn’t been for a long time.

No problem with that. Could you share a couple of points explaining exactly what is clunky or other apps do better?

I’m curious why you start your article stating Hangouts is almost unusable. As someone who uses Hangouts constantly I wonder what it is that irks you so much about it, and/or what am I missing out on?

I too would like to know what is wrong with hangouts. I use it daily and have know issues.

I love it, but I keep missing notifications too.

I’m back on the main client until the next update/fix I think.