Cancer sucks. The majority of Australians have been touched by the effects of Cancer at some stage. Today, February 4th, is World Cancer Day and there’s something you can do about it.

The statistics on cancer are staggering. More than 14 million new cancer cases are reported around the world each year, 134,000 of those were people in Australia last year, and 47,000 of those people died. There’s a lot of research being done to prevent, and cure cancer in all its forms and one way you can help is by donating your spare CPU cycles on your phone with Dreamlab.

In partnership with the Garvan Institute of Medical Research, Vodafone Foundation Australia launched Dreamlab an app for both Android and iOS users which uses a distributed computing model to effectively create a supercomputer crunching numbers to help cancer research.

All you have to do is download the app from Google Play, or the iOS app store and configure it. It’s simple to setup, you designate how much data per month you want it to use – Vodafone users get the app data zero-rated – choose which project you want to help research and then let it run in the background as you charge your phone overnight.

Currently Dreamlab is crunching numbers on two projects from the Garvan Institue: Project Decode and Project Genetic Profile. Project Decode, which focuses on fighting breast, ovarian, prostate and pancreatic cancer, is almost complete with 25 million calculations completed, but Project Genetic Profile which seeks to understand lung, melanoma, sarcoma and brain cancer, is on-going. You can choose which you want to support in the app.

Since launch, the app has crunched more than 35 million calculations. The Vodafone foundation says that if ‘DreamLab is used for eight hours a night for one month, each user can crunch between 1,660 and 4,560 calculations, depending on the device, network speed and applications running on the phone’.

I’ve been running Dreamlab on phones since it launched – with no adverse effects to the phone – and if you’ve ever known anyone affected by Cancer then I highly recommend you do to. 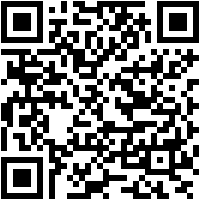