Home Mobiles Here is Huawei’s P20 lite and P20 plus, in leaked renders 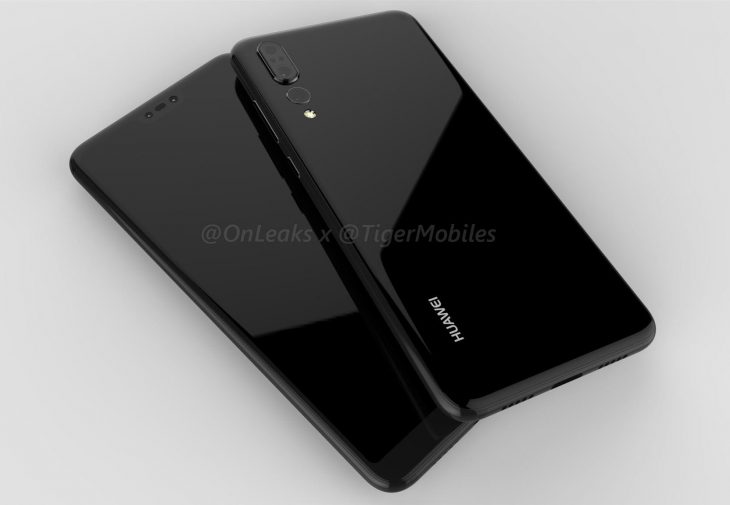 As happens every February, the closer we get to Mobile World Congress, the more and more leaks we see. It was only this morning we saw a couple of leaks showing the Huawei P20 lite, and now we’ve got the full set thanks to @OnLeaks and Tiger Mobiles. Not only have we got renders of the P20 lite and P20 plus, but also a couple of 3D videos showing each moving around so you can get a great impression of what these phones will most likely look like.

Before we go into the renders, it’s important to report a bit of investigative journalism that’s been going on here. That’s right – people have been doing actual digging to figure out what Huawei are planning, and it comes down to home buttons.

What do we know about the Huawei P20 lite? In short, at this stage, not much. From the renders, it’s possible to deduce a couple of things:

Unlike the standard P20 and P20 plus, the P20 lite will not feature triple rear cameras, instead opting for a two-camera setup. Overall, the design language is unmistakably clear – Huawei is going for broke in 2018, and these phones certainly look very familiar with the notched screen design, rounded edges and ultra-smart overall appeal.

Expect to see a Huawei Kirin 970 processor inside, with at least 4GB of RAM powering things along. Android 8.1 Oreo seems like a given.

What do we know about the Huawei P20 plus? Like the standard P20, it will feature three rear cameras. Developed in conjunction with Leica (a multi-year partnership which is developing some cracking cameras), the three rear cameras combine to produce a 40MP sensor with three lenses, which will enable 5x zoom with no loss of quality. The front-facing camera is expected to be up to 24MP … making the P20 (and P20 plus) one of the most capable smartphone cameras available.

While the standard P20 will likely stick to the 5.7-inch display, the P20 plus is expected to jump up to around 6.0-inches, more standard storage (and probably battery too). Though microSD expansion isn’t confirmed, it’s something Huawei frequently offer, so we’re expecting it to be continued this year.

A Kirin 970 processor is most likely, with a minimum 4GB RAM in the P20, and perhaps up to 6GB in the P20 plus. Onboard storage is unknown, but expect something starting at 32GB at a bare minimum, and likely 64GB or more.

Is this a joke? Are they really going to go with a blatant iPhone X copy? The notch, the vertical raised camera lenses…this is quite egregious.

I like Huawei and think they make pretty great phones, but come on…

Looking at these renders and the iPhone renders we saw prior to the latest series’ release last year, there’s more similarities than not.

That said, I don’t hate this.