Even though the phone hasn’t been officially shown off yet, the Galaxy S9 is all but confirmed – we’ve seen advertising collateral from Samsung espousing the 9 name, and now we’ve even got Galaxy S9 cases on sale. Yes, before the product is even announced, much less on sale, you can buy official accessories.

There’s two that we’ve seen pictures of; the first is an LED Flip Wallet cover, with a dot-matrix retro notification design (which we’ve seen previously for HTC, actually) that can reveal the phone’s status, calls, battery, messages, volume and more. 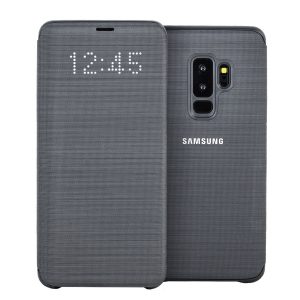 There’s also an integrated credit card slot which allows contactless cards to be used without removing them from the cover. This is useful for those situations where your bank doesn’t support Android Pay or Samsung Pay, or perhaps for your public transport smartcard.

The second case is a Hyperknit cover, a new style to be introduced alongside the Galaxy S9. It’s a material typically used in sports clothing, and so it should be little surprise that the case is slim and form-fitting just like your gym gear. Being material rather than metallic, it supports wireless charging even though the case remains on. 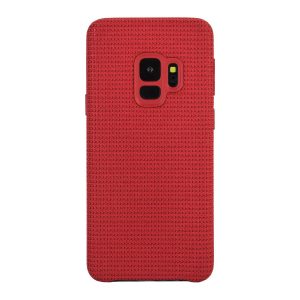 These official accessories, and many more, will be unveiled alongside the Galaxy S9 next Sunday, 25 February in Barcelona ahead of Mobile World Congress 2018. Expect to see all the news available Monday morning the 26th Australian eastern.