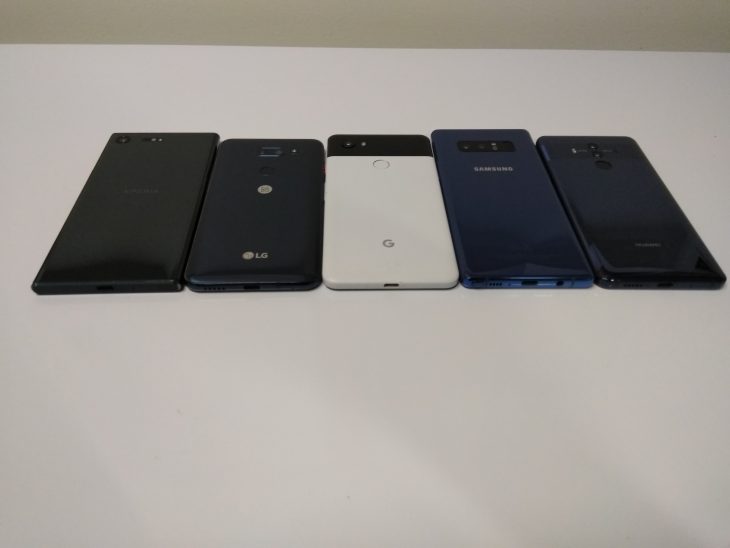 In a new study released today by industry research firm Telesyte, new figures show that Australians purchased at least 9.2 million smartphones last year, with more than half of those being Android phones.

The Telsyte Australian Smartphone and Wearable Devices Market Study 2018 focuses a lot on the Apple side of things, talking about the iPhone X which apparently didn’t make a huge impact in sales numbers due to ‘the high price tag and short time-in-market during the calendar year’. On the Android side of things, of the 9.2million handsets sold last year, 55.4% were Android, with 44.7% Apple devices, leaving just 0.2% as ‘other’. 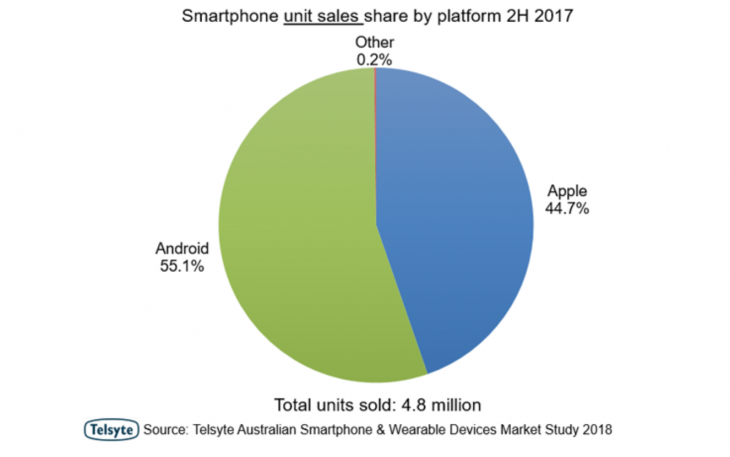 Telesyte now estimates that there are 19.3 million smartphone users in Australia. The split between users shows that 8.6 million of those users have Apple devices while 10.3 million use Android, with 400,000 users using ‘other platforms’. For top Android vendors in Australia, Telesyte says that Samsung, OPPO and Huawei are the top three most popular devices in Australia, so perhaps Oppo is on to something.

Also included in the study was data on smartwatch trends in Australia with the overall smart wearable category decline in ‘smart wrist wearables’ though this was due to a decline in fitness band sales, with smart wristbands overtaking fitness bands as the predominant fitness tracking devices.

Apple is eating everyones lunch in the smart wearable category with the Apple watch selling 360,000 units in the second half of 2017, now claiming 75% of the market compared to just half of the market in 2h 2016. Overall, Apple and Fitbit are the market leaders in smart wrist wearables in Australia.

According to Telesyte, LTE or mobile network connectivity is driving smartwatch sales, with almost 30% of Australians are now looking to find a smartwatch with mobile connectivity. Again, it seems the LTE connected Apple watch is driving these numbers.

Android Pay users are less likely to change banks as shown in the figures provided by Telesyte.

There does seem to be a large portion of Android users – at least in the comments here on Ausdroid – who are happy to simply use their banks Tap and Pay solution rather than Android (or Google) Pay, so that’s likely a contributing factor that isn’t mentioned in the report.

When you consider how many companies only issue iPhones to their employees, and that many people like using iPhones, the sales figures aren’t surprising at all.

android is like 100 phone’s makers and apple oz is only one ! God bless you Apple 🙂

My credit card is in a holder attached to the phone case. I can do tap and pay without turning NFC on and wasting more battery power. 🙂

I don’t use Android Pay as it doesn’t work well on my G4. So apart from an old phone that is another reason I need to upgrade this year.
Interesting article, thanks Daniel 🙂