Home News and Editorial Samsung may let attendees ‘hold’ the Galaxy S9/S9+ in Augmented Reality as... Samsung’s hotly anticipated Galaxy S9 launch this week is getting more interesting with attendees at the launch of the phone at Mobile World Congress getting the chance to do so using the Samsung Unpacked app on their phone in Augmented Reality.

The Samsung Unpacked app has been a fixture of Samsung phone launches offering tidbits on the phone, teases and of course a link to the ever-important link to the live stream of the announcement. The app also has an augmented reality mode as found by reddit user /u/thesbros who tore down the APK for the app and shared the results.

According to the post, attendees at the launch will have to scan their lanyard from the event to show the Samsung Galaxy S9 in Augmented Reality. The phone will then appear in all four launch colours: Lilac Purple, Titanium Grey, Coral Blue and Midnight Black.

Once the Augmented Reality mode is enabled, attendees at the event can then move the 3D model of the phone in any direction letting them see the AKG tuned speakers, the Bixby button, the position of the newly moved fingerprint scanner and more. 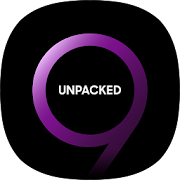