Home News and Editorial MWC 2018: The calm before the storm Every year in late February we have Ausdroid Christmas, otherwise known as Mobile World Congress. We are mobile phone geeks. We love this stuff so to be able to attend MWC in Barcelona and report on the latest and greatest offerings the mobile world has to offer is something dreams are made of.

This year four of us are lucky enough to get the opportunity to attend. Unfortunately I am not one of them (owing to a calendar clash with my best friend’s wedding) and instead am covering it from a villa here in Bali (because, why not?). So this year I am going to have to be like you guys and live vicariously through those on the ground in Barcelona.

This year we thought it was going to be a slow year with Samsung appearing to scare all the other big players away from any big announcements at MWC 2018. Luckily for us we seemingly will still have a trove of goodies to look forward to, by what many perceive to be the lesser names in the industry. While they may be lesser names to Aussies they are still big players on the world stage. 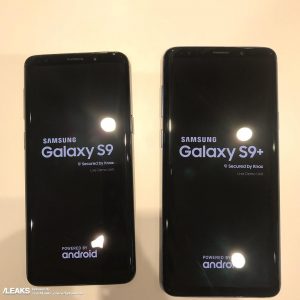 Samsung will know about all of these leaks (they follow Ausdroid because, well, who doesn’t?) so they will want to have at least one thing up their sleeve come the early hours of Monday morning. What do we think it could be? No idea. Any guesses? An improved, faster, more secure facial unlock? A random accessory that no one has thought of? A revolutionary piece of new software? What do YOU think they may reveal that we know nothing about?

What of the other players? We know that LG have decided to give their next flagship a miss and instead will possibly reveal a small incremental upgrade to the V30 in the press conference they have called. HTC are giving it a miss with their next flagship set to be announced in the coming weeks (but do not rule out a Desire-branded device).
Huawei are also giving it a miss and instead are opting for a Parisian revealing in a few weeks time. 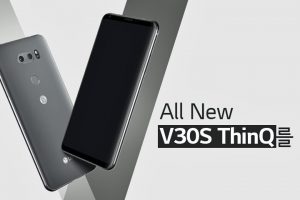 Huawei interestingly WILL still be having a press conference so it will be interesting to see what they bring to MWC? Will it be a new addition to their AI stable? How about a new MediaPad that we may have seen leaked in the past few weeks? I want a MediaPad running ChromeOS with a detachable keyboard. I doubt I am going to get that but never rule anything out given how closely the ties between Huawei and Google seem to be in recent times.

Who is left? Sony? We saw leaks yesterday showing their new design language so we expect them to be revealing it in the next couple of days. Finally, a Sony device I can get behind. Something less 2010 and more 2018. I am looking forward to their new offering. Sure, you may have seen overnight their new announcements and given that they all seem to be on their way to Australia they are definitely something to look forward to: some decent devices are staggering prices. Nothing over $300AU? Are they for real? These prices could well set the cat amongst the pigeons in that market segment as they look to be some decent quality phones. No longer are cheap phones ugly phones — OPPO started that trend and it seems to have caught on.

What about everyone’s favourite comeback king/queen of 2017, Nokia? We have seen the Nokia 7+ leak in images and these images show it to be running Android One: Google signalled that there would be some big Android One and Android Go announcements at MWC this year. Could the Nokia be one of them? Given Nokia’s penchant for having a VERY near stock Android software experience anyway it will be interesting to see how this differs. The phone looks to be an 18:9 display ratio device with small bezels and is one of the best looking phones I have seen in a while. Hopefully we will see the Nokia 7+ land in Australia. 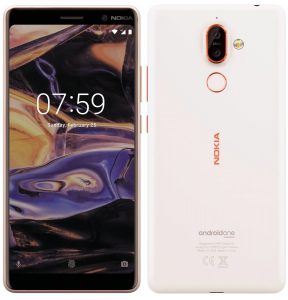 We know that ZTE have a press event? Will they also be bringing some great entry level and mid range devices to the market? How about the much awaited successor to the Axon 7? Your guess is as good as mine.

What else could we be looking at seeing in the coming days? Smaller players trying to make a name for themselves? Will we see some strange accessories?

Do you have anything you want to see at MWC this year? What do you want us to find out for you? Who do you think will be making the biggest splash in the coming days with their announcements? Will there be any surprises that no one saw coming? Let us know in the comments below.

One thing for sure today really is the calm before the storm with so many press conferences set to take place later today and early tomorrow morning. We will do our best (in between jamon overdoses) to bring you every single morsel of information we can garner from the conference itself as well as any local information specifically relevant to Australians: afterall I suspect that the staff here at Ausdroid may not be the only mobile phone geeks paying attention to Barcelona in the coming days.

It looks like MWC 2018 is going to be such a snoozefest that it would have been the ideal opportunity for someone to bring out something truly interesting.

This may be what the mobile space needs…one of the lesser known companies to step up and give us something different..

I just saw a quick Samsung video/promo leaked on the tube , I actually liked what I saw , I would say in the brief video i saw nothing crazy/out of this world in the S9 variants as far as new features go , But what was there looked like good sensible updates . I’m still pretty happy with my S8+ , for me , the only real gripe I have is the fingerprint location. And even that is not much of a gripe if you have a good case to guide your fat finger to the sweet spot. The… Read more »

It’s an incremental update at best but you are right, there wasn’t much wrong with last year’s model. If the fingerprint sensor was in a better location I could have easily used the note 8 as a daily driver, which is saying a lot coming from me.