Home Mobiles Carriers Samsung Galaxy S9 and S9+ — When and where to buy in... Overnight Samsung announced their new flagship smartphone(s), the Galaxy S9 and S9+ over in Barcelona at MWC 2018. The Galaxy S9 and Galaxy S9+ are great looking device and while they may seem to be just incremental updates from the outside there is a lot of new happenings going on under the hood. At this stage it is not available for purchase but will be available for pre-order from tonight at 12:01am at various retailers and carriers.

For those who are interested in pre-ordering a Galaxy S9 or S9+ we have grouped together all the deals and pricing below. For those we don’t have at this stage we will be adding them as they arrive.

First up, the carrier deals: 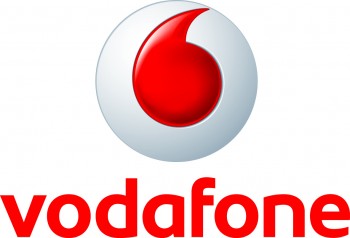 Vodafone will have a range of plans for the Galaxy S9 and S9+ in 64GB and 256GB storage options, with inclusions of bonus data if purchased before the 6th of March, apart from the $50 Red Plan which will include bonus data until the 14th of April.

Vodafone has a number of special offers included with the pre-orders for the Galaxy S9/S9+ including a bonus Samsung Wireless Charger Convertible valued at $119 when you purchase the Samsung Galaxy S9 or S9+ on any Red plan before the 15/03/2018.

Customers with Qantas Frequent Flyer membership will see an online offer including triple the included points on $50, $60, $80 global plans with Samsung Galaxy S9 purchase if purchased prior to the 31/03/2018.

For Plan details, You can see below:

Telstra has advised that they will indeed be offering the Galaxy S9 and S9+ on their network from 8am March 16 with pre-orders beginning tomorrow, the 27th February from 12:01am.

From launch Telstra will range a series of accessories for the Samsung Galaxy S9 and the Galaxy S9+, including the Samsung Convertible Wireless Charger, the Samsung DeX Pad 2018 and a range of cases and screen protectors. Unfortunately at this stage it seems the DeX Pad 2018 will not be available at launch and won’t be available for purchase until April. More details on this will be supplied once they are available themselves.

Telstra is promoting their inclusions for their plans as well as the speed and reach of their network, with inclusions such as unlimited Wi-Fi at over one million Telstra Air hotspots around Australia and 20 million Fon hotspots worldwide, 200GB of OneDrive cloud storage, and unmetered streaming of Apple Music and every AFL, NRL and netball game this season.

Telstra has advised that the S9 and S9+ will be configured for Telstra’s RCS ‘Telstra Messaging’ client which offers Visual Voice Mail, Group Chat and file sharing from the one inbox. The phones will also be configured for Wi-Fi calling as well.

Accessories
Telstra will be offering a range of official and non-official accessories for the Galaxy S9/S9+.

On the official side they will have the Alcantara cases for $65, The Clear View Standing Cover for $79 and the LED View Cover for $89. They will also have the Samsung Wireless Charger for $109 – if you don’t get it as a pre-order bonus. As pointed out above the Samsung DeX Pad will be coming in April and will be priced at $149.

On the non-official side there will be The Panzer Glass Premium screen protector for $45, and Telstra will offer their own generic screen protector for $35. There will be a range of non-official cases including the iDeal Marble Cases ($45), CaseMate Naked Tough ($45), Otterbox Symmetry, Defender and LIfeproof Fre cases (From $49) and Tech 21 EvoCheck and Pure Clear cases($49). Telstra will also offer a Leather Wallet and Clear Combo Case (from $19).

Telstra advised that you’ll be able to find details on their plans on their website when it goes live at 12:01am tonight. As with other carriers and retailers, Optus is offering a pre-order bonus of a Samsung Convertible Fast Charge Wireless Pad valued at RRP$119 if pre-ordered prior to 15/03/2018.

Optus have also announced a 50% off offer for customers buying a second Galaxy S9 device on pre-order.

Optus will put the Galaxy S9/S9+ up for pre-order from 12.01am tomorrow, Tuesday 27 February 2018, with the My Plans Plus included in the widget below: Virgin Mobile is will have the Galaxy S9 and S9+ available for pre-order from 12:01am on the 27th of February (tomorrow) on their website. If you sign up to their 24 month plan you can receive a 10% discount off plan fees if purchased before 26 March 2018. All pre-orders will receive a bonus wireless charger. Amaysim are beginning their pre-sales for the Galaxy S9 and S9+ at 12:01am on Tuesday 27th of February and will run until 15/03/2018. As with all carriers and retailers, all Samsung Galaxy S9 smartphone purchases through amaysim also include the free wireless charger valued at $119.

amaysim is offering several options for the purchase of the Galaxy S9/S9+ saying customers have the freedom to choose between purchasing the device outright (from RRP $1,119 and S9 Plus from RRP $1,349), or joining a payment plan from $57/month over 24 months, or from $104/month over 12 months. amaysim is offering three free renewals for new or existing customers on any of its unlimited mobile plans when purchasing the handset.

Woolworths is offering one of the better deals with the Galaxy S9/S9+, with Woolworths Mobile offering customers $300 off the Samsung Galaxy S9 and S9+ when they purchase a Woolworths Flexi Mobile Plan.

Woolworths Mobile is offering plans from as low as $54.96/month on a 5GB 36 month handset payment plan. Customers will also receive a free Samsung Convertible Wireless Charger if pre-ordered prior to the 15th of March. The Galaxy S9 and S9+ will be available outright from various retailers from March 16. Specific details will be added as they arrive.

For pre-orders placed on the Galaxy S9 or Galaxy S9+ before 16th of March, Samsung is offering the Convertible Wirless Charger valued at $119 as a pre-order bonus.

For more information – and a bunch of Galaxy S9/S9+ cases – you can check out the Harvey Norman Website.

The Good Guys also have the same deal as Harvey Norman with respect to the pre-orders with all pre-orders receiving a bonus Samsung Wireless Carger. The Good Guys though have discounted the phone by $3 across the entire range. If this interests you head over to the Good Guys website and pre-order before the 16th of March.

Good read. I think S9 is not better than iphone X in terms of specs but yes if you consider the price then everything changes. This mobile is surely a game changer.
For all the tech junkies out there, I found The Fone Stuff Blogs to be amazing too, check them out for mobile phone accessories as well: https://www.thefonestuff.com/blog/iphone-x-vs-samsung-galaxy-s9-war/