Home News and Editorial Sony’s XZ2 and XZ2 Compact fly the premium flag in the company’s... Sony’s brought updates to its flagship Xperia XZ series to Mobile World Congress this year, launching the Xperia XZ2 and Xperia XZ2 Compact. The slogan for the new lineup is “Flagship without compromise”, and the phones pack some impressive specs.

The new XZ2 family sees Sony join the “full screen” brigade – the 18:9 display updates Sony’s visual design nicely, with symmetric bezels top and bottom and minimal side bezels on the sides of the phones (it wouldn’t be a Sony device without them).

The new phones now boast a lovely curved back, making them very hand-friendly and comfortable to hold. Sony’s calling this “Ambient Flow” design, and it’s pretty easy on the eye. With this change, they no longer have the thickness at the side to accomodate a fingerprint sensor in the power button, so it’s been moved to a more standard centre-rear location. With this change, they no longer have the thickness at the side to accomodate a fingerprint sensor in the power button, so it’s been moved to a more standard centre-rear location. 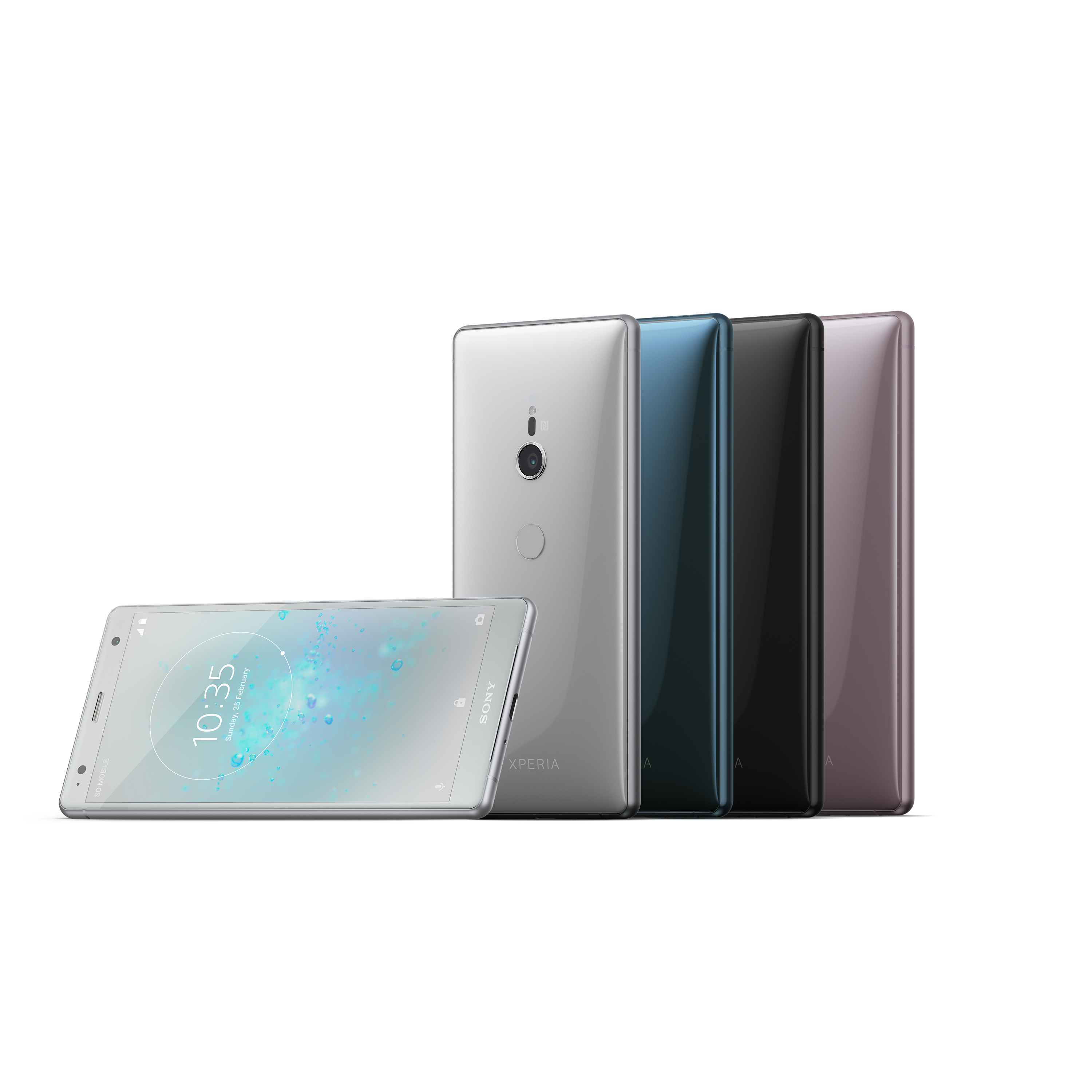 The XZ2 Compact will come in similar colours to its big brother, but more aptly named for the device given the difference in its finish: White Silver, Black, Moss Green and Coral Pink. Not all colours will be available on carriers, but Sony will sell them all direct to the public through their online store.

The phones are bang up to date in processing power, with Qualcomm’s new Snapdragon 845 running the show. For Sony, this is a good win as the 845 brings with it a 30% boost to processing and graphics prowess. The XZ2 phones should go toe-to-toe with whatever the competition has to offer at MWC.

The main XZ2 features a 5.7-inch display, while the XZ2 Compact runs just 5 inches. In a move that might be aimed more at battery life than competing in the specs race, the screens are “FHD+” screen – basically a 1080p display. Combined with a 3180mAh battery (2870mAh in the Compact), we expect this phone will sip its battery. A neat surprise this year is the addition of Qi wireless charging to the XZ2. Sony will be bringing its own wireless charging accessory to market with the new phones – it’s a really neat little dock that lets you use your phone in portrait or landscape mode, so you can keep the phone charged while you’re watching video, or just keep the phone upright at your desk. The device is one of the neatest wireless chargers we’ve ever seen.

One of Sony’s key focus areas for the XZ2 series is creation of content. The phone “captures and delivers the wow”, with a number of neat new features.

While Sony’s kept the camera largely unchanged from 2017’s XZ Premium (a 19MP f/1.8 sensor), that camera performed pretty well in our tests at the time. The XZ2 does bring the ability to shoot 4K HDR video – a first for a smartphone, and Sony does like their firsts. Colours will look more vivid, and HDR will allow more lifelike video.

Sony’s enhanced the super slow-mo feature it introduced last year by allowing it to shoot at Full HD. There’s no change to the implementation, though – you still need to go into the specific super-slow-mo shooting mode to activate the feature.

The company’s 3D creator — which recently became one of the first applications able to upload 3D selfies to Facebook – is being updated to make it easier to create your 3D selfie, adding of the ability to use the front-facing camera – previously, you really needed a friend to point the phone at you. Now, you just move the phone in an arc around your face with the screen pointed towards you.

Another enhancement coming for the 3D creator is the introduction of higher resolution scans. Your scan can be uploaded to Sony’s servers and returned with more polygons and higher detail.

The XZ2 will also allow you to feel the action with “S Force” haptic vibration technology. The tech is based on the company’s Dual Shock Playstation controllers, and allows you to feel the action in any game, video or movie on the device. S Force makes the phone vibrate more when there’s more sound, and the XZ2 packs a larger than standard vibration motor in the phone with which to do it.

There’s a standard range of accessories coming with the phones including Style covers, and a USB-C-to-3.5mm adapter plug with a pass-through USB-C connector so you can keep the phone charged while you listen to music. Sony’s bringing the XZ2 phones to market in March globally, but don’t have Australian pricing and launch information just yet.