Home News and Editorial SanDisk ups the ante for speed on microSDXC cards with the 400GB... The number of phones with expandable memory is declining, but there’s still some headliners including it in their phones and the speeds that microSDXC cards are supporting and the size is also getting better – the latest being the 400GB SanDisk Extreme UHS-I microSDXC card – the world’s fastest UHS-I microSD card.

The card is fast, offering up to 160MB/s read speed; and up to 90MB/s write speed, thanks to using proprietary Western Digital technology. These speeds are almost 50% faster than the A1 card the company announced last year, making for a card that can keep up with the improved technology in drones, or for capturing 4K video in phones and more.

For mobile phone users Sandisk says that they will be supporting the ‘A2 App Performance Class specification‘ which means that you’ll be able to load apps from the card faster than ever before. 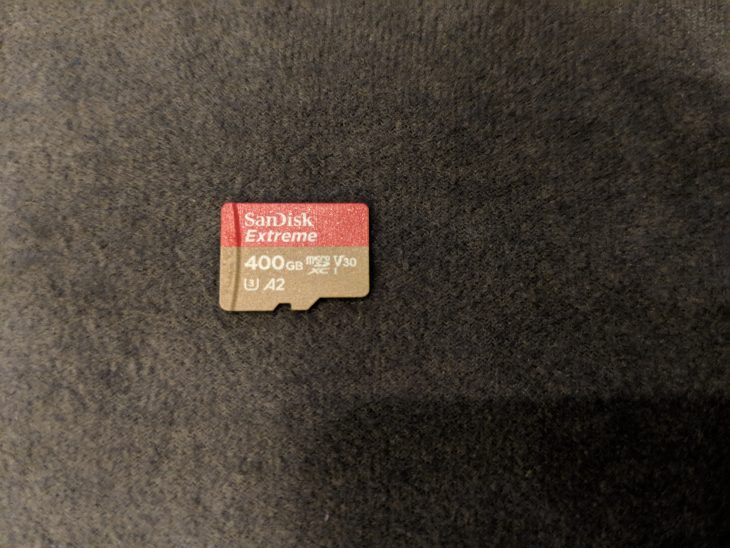 Consumers expect an increasingly better mobile experience, and with our 3D NAND technology, we are pushing the boundaries of innovation to enable them to create and enjoy more rich content on their devices. Our expertise in flash memory and microSD card electronics enables us to achieve unmatched performance. The breakthrough SanDisk microSD card is evidence of Western Digital’s commitment to delivering more advanced solutions that enable data to thrive.

In terms of availability, SanDisk haven’t spoken about local pricing or availability but they will be available through Amazon for $399 in May.