Home News and Editorial Could the Google Pixel 3 come with an iris scanner? 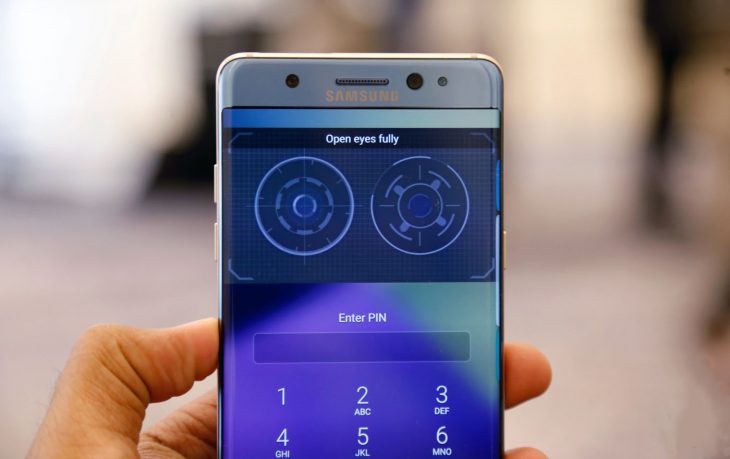 Late last year we saw the extremely fast implementation of face unlock by OnePlus but it lacked the security required for authentication within Android apps. Iris scanning on the other hand does not lack this. It has appeared on Samsung Galaxy Note and S series phones in the past and if you have used them you will know how hit and miss they were. This may have been to Samsung having to implement it all themselves rather than having it already built into Android. That may soon be changing though.

The company who manufacturers chipsets (FPC ActiveIRIS) that go into some phones for iris recognition is called Fingerprints. Sounds ironic but originally, and still now, they also develop fingerprint sensors on some well known devices, including the Google Pixel. Fingerprints has been working on including native support in AOSP for its biometric iris scanners with the name appearing on many commits yet to be merged.

This is good news on many accounts. One is that with this generic support for iris scanners developers who create Project Treble ROMS will be able to use the IRIS scanner on their AOSP ROMS — for example the new Galaxy S9.

The implementation that Fingerprints are trying to get merged into AOSP for Android P is that the iris scanner will not only allow the phone’s lockscreen/keyguard to be bypassed but also will allow third party apps to use the iris scanner for authentication. Hopefully it is as fast as OnePlus’ face unlock.

An interesting part of all the commits is that there are now many places where fingerprints are now referred to as biometrics, opening the door for other types of biometric authentication. At this stage the commits have not been merged into the AOSP, and there is no guarantee that they will be but there certainly seems to be a big push for it to happen.

While the commits are written not by anyone at Google they are written by the company that provided the fingerprint scanner for the Google Pixel. It may well be a long bow to draw to assume that this is being written into AOSP just for the Pixel 3 and Android P but one thing is for sure there will most likely be a lot more phones coming with iris recognition if the basic implementation is already there in Android.

I like to think positively though and am happy to believe that Google will implement iris scanning technology into the Pixel 3 phone later this year. Why not? Google have worked with Fingerprints before, why not again? Life’s too short to not be optimistic.

Who else wants to believe this is coming in the Pixel 3? Is it something you would use?

The one use case they should be working to cover is unlocking the phone while it’s face up on a table, which iris unlock won’t do. I’d rather they deliver an under-screen fingerprint sensor.

Wouldn’t work for me anyway due to my glasses. I just want the 3.5mm jack to return to the Pixel 3.