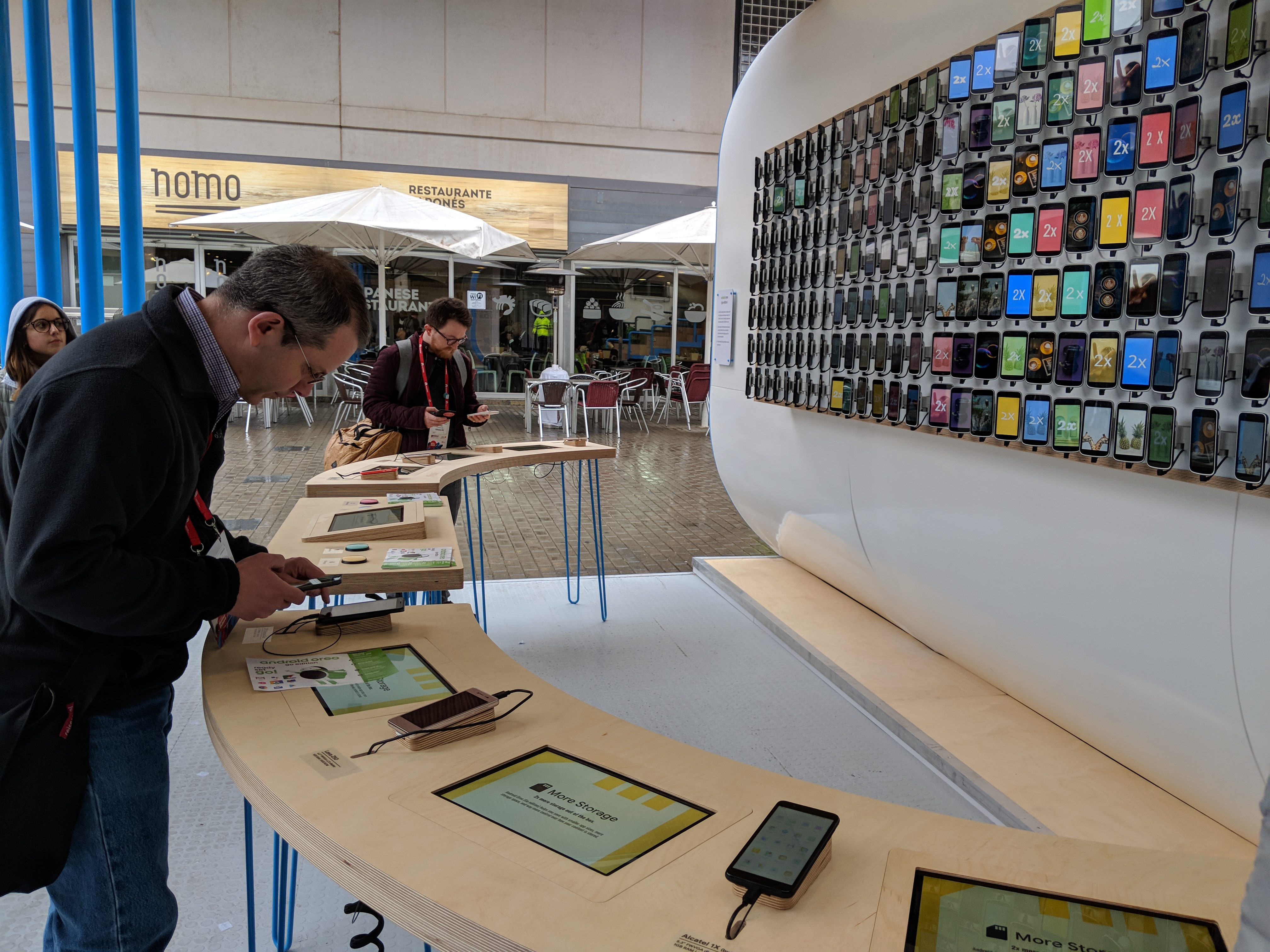 Last year, we took a look at what we (at the time) called a modern Android One smartphone: the GM6, launched at Mobile World Congress 2017 by Turkey’s General Mobile. We thought it was good to see how manufacturers were pushing the limits of what they could do with Android One in other markets.

Google seems to have agreed with us. In the intervening year, Google appears to have loosened the constraints on Android One. We’re seeing more and more varied hardware running the Google-built OS, it’s hitting Western markets, and the hardware spec is pushing ever upward. These phones definitely represent something we would be happy to put in our pockets.

This year, General Mobile has launched two phones at Mobile World Congress – the successor to the GM6, the GM8 (we assume there was a GM7 somewhere in between too), and they’re also bringing a more cut-down version in the GM8 Go running Google’s low-end optimised Android Go.

The GM8 features a 5.7-inch 18:9 IPS “full vision” display with a slightly-above 720p resolution (accounting for the move from 16:9 to 18:9 – its called HD+). It’s running a Qualcomm Snapdragon 435 processor with either 3GB of RAM (in the 32GB storage edition) or 4GB of RAM (in the 64GB edition) and a 3,075 mAh battery The back camera is a 13MP model with auto focus and a dual tone flash, while the front camera is a 13MP fixed focus sensor which, refreshingly, is paired up with a front-facing flash. 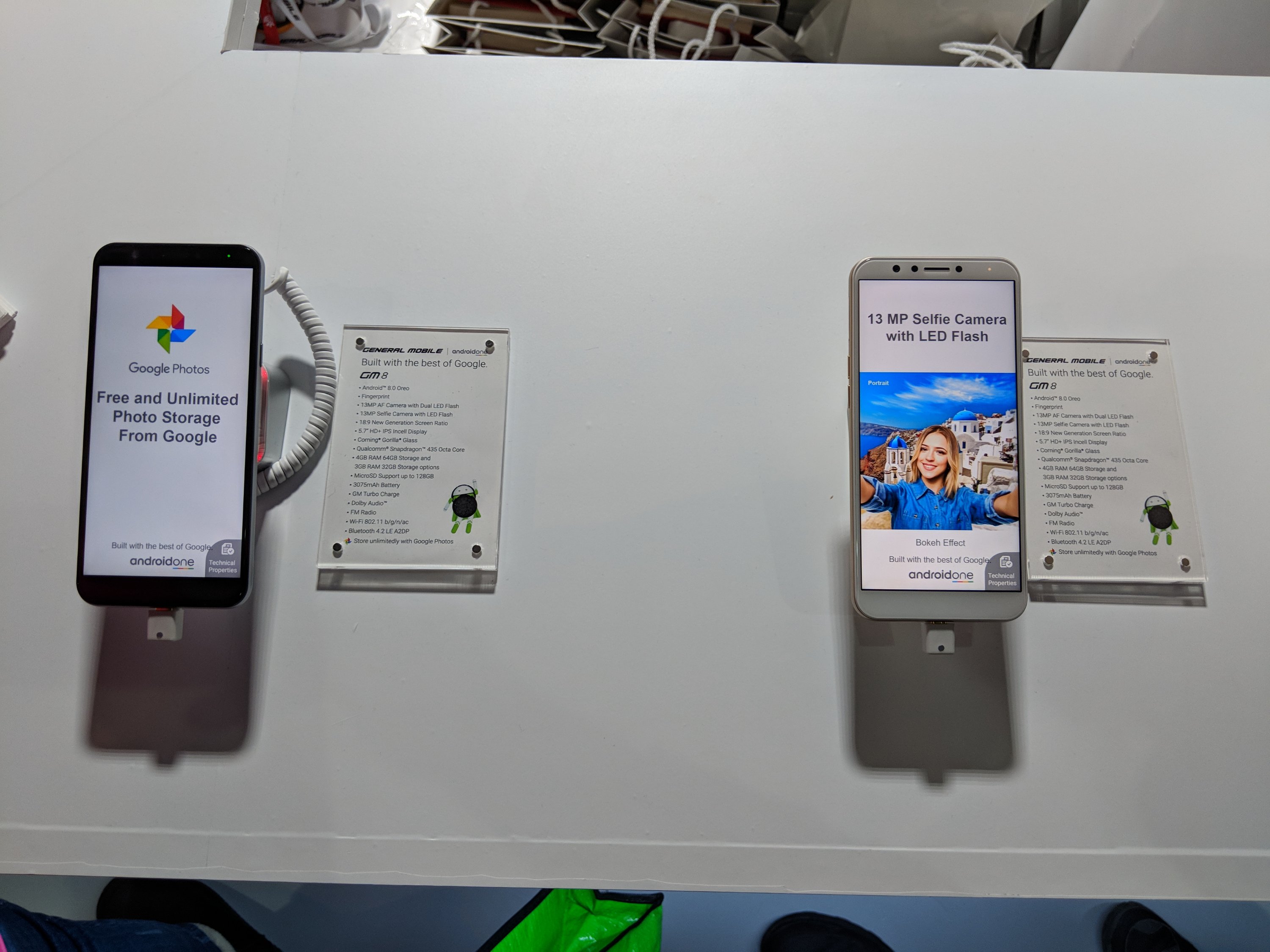 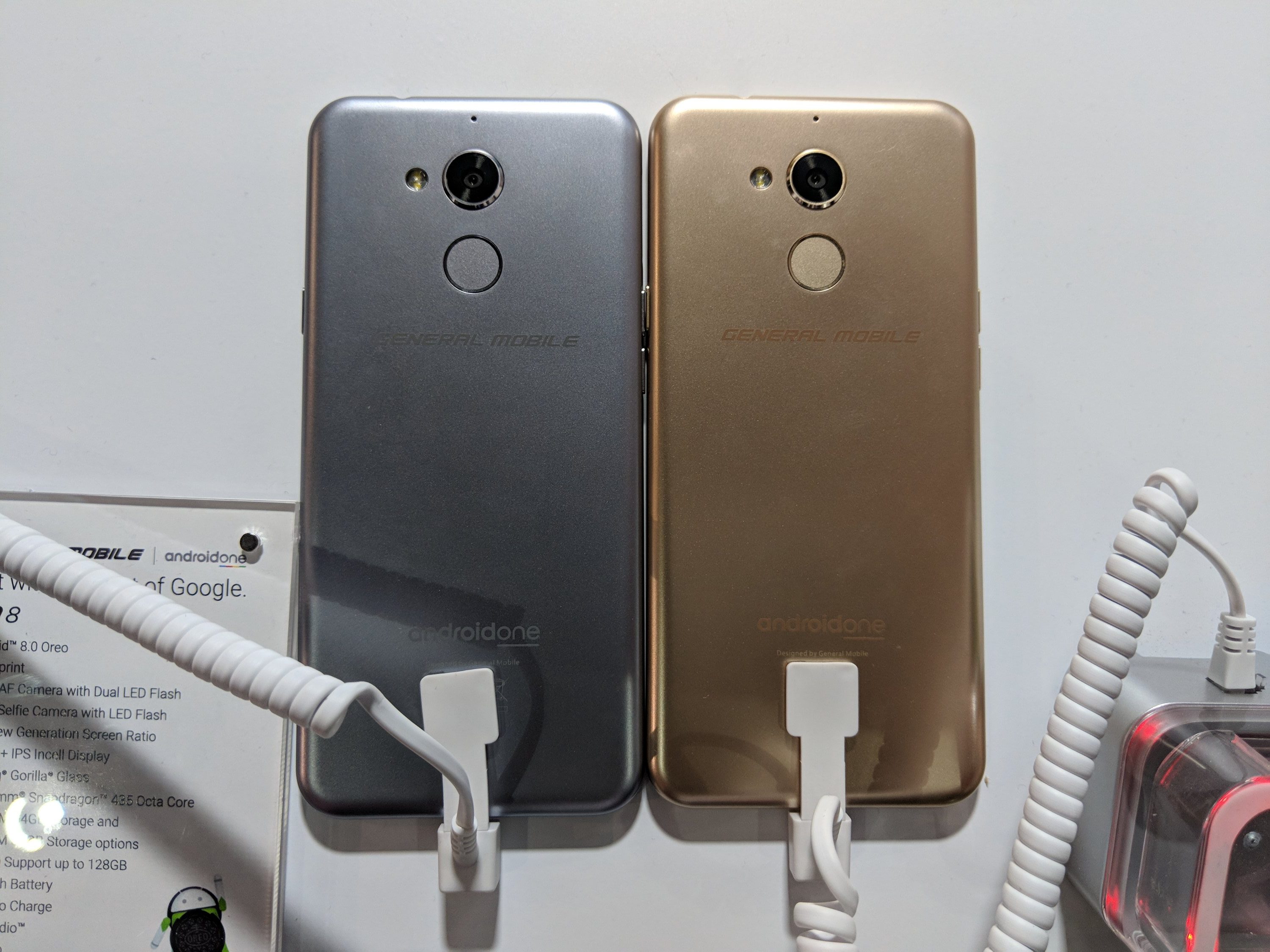 With this year’s Mobile World Congress focusing on the launch Android Go, it’s interesting to see General Mobile fold a Go phone into their product line without making it a separate unit – the GM8 Go edition is featured alongside the company’s new hotness and offers a legitimate option to those who might not be able to afford a GM8.

The GM8 Go edition features some familiar specs: it’s almost the size of its big brother at a 5.5-inch screen, similarly specced as IPS LCD HD+. It’s running a MediaTek MT6739 processor (quad core 1.3Ghz) with 1GB of RAM and 16GB of storage and seems to have the same or similar camera arrangement with a huge 3,500 mAh battery. 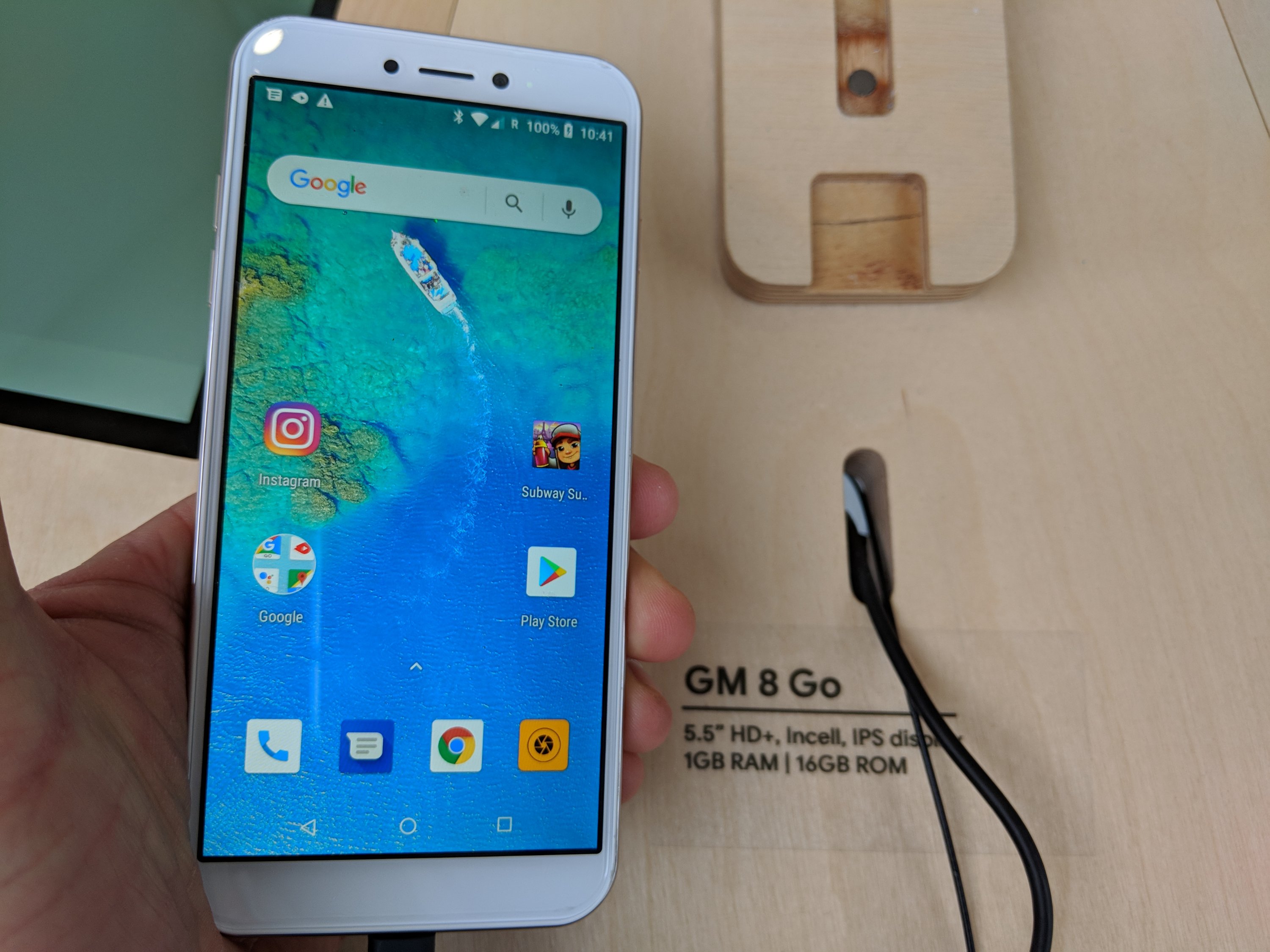 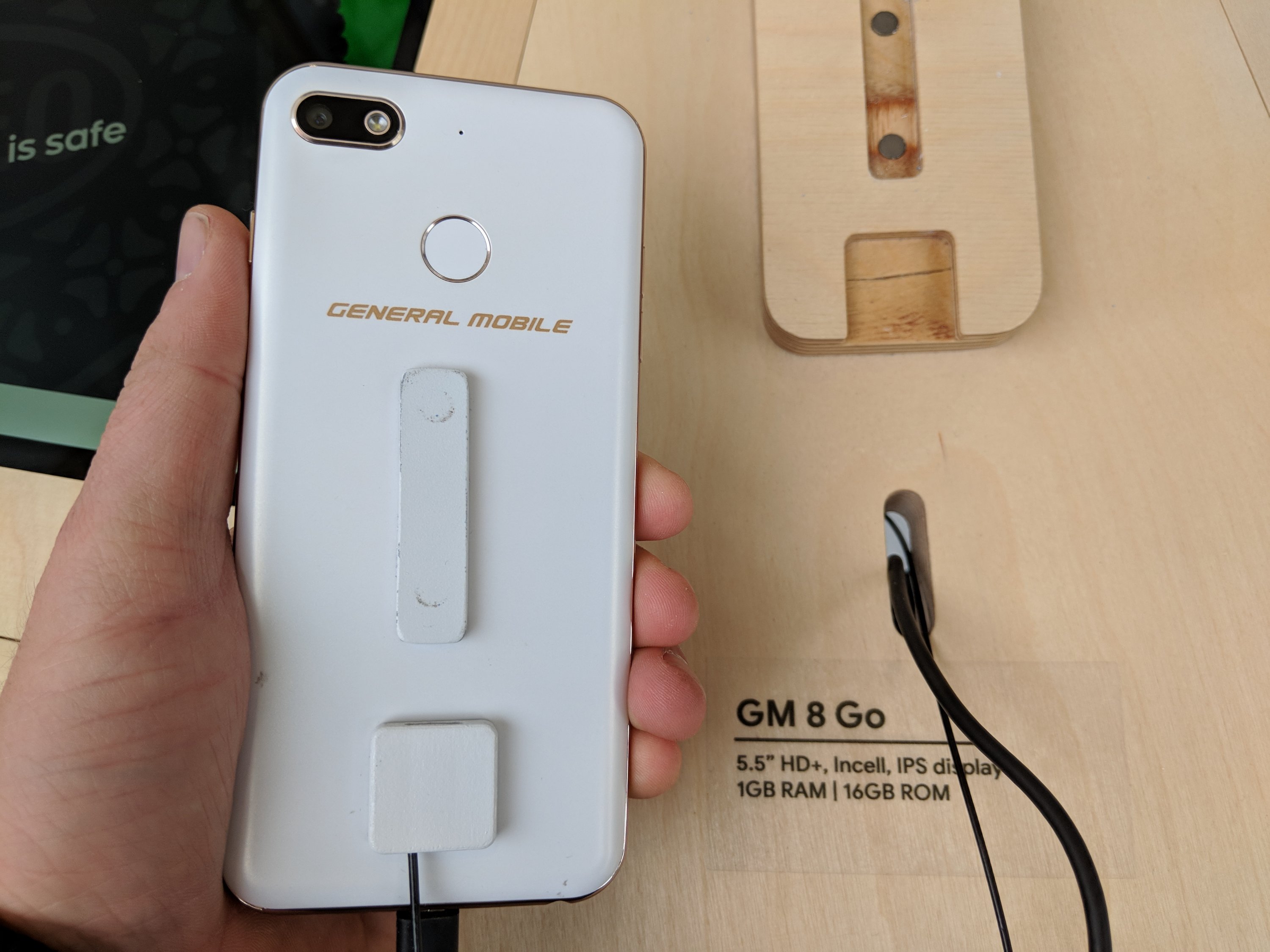 For smaller manufacturers like General Mobile, the Android One and Android Go programs are a huge benefit – they don’t have the resources to employ buildings full of developers to work on their OS, so building smaller optimisations on Google’s out-of-the-box OS (both of them) allows them to focus on building hardware and marketing it to their audience.

Where some western companies see this as a weakness, in other markets it’s being embraced – General Mobile’s slogan is now “Always the latest from Google”, and the company’s making a big push around Google Photos and its unlimited free high quality storage with both phones.

Google is also returning the favour, with the GM8 Go featuring in the Android Garden’s Android Go promotional area alongside Android Go phones from Micromax, Nokia, ZTE and Alcatel. 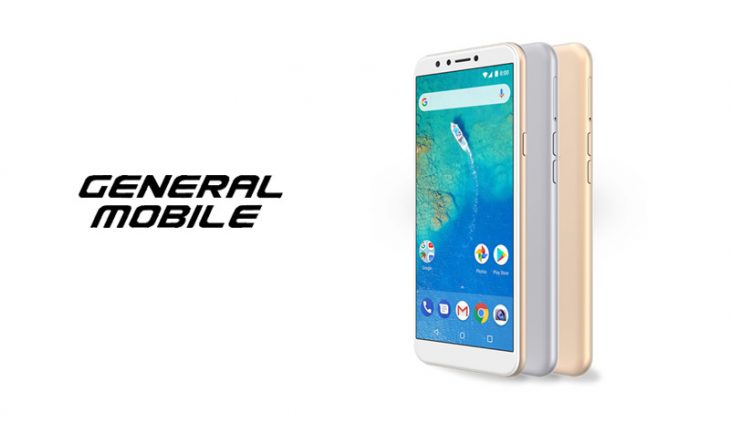 General Mobile works pretty closely with Google (they usually have Googlers presenting at their Mobile World Congress launches) and operates in over 45 countries around Europe and Asia. We do wonder how long it’ll be before they turn their eye to our market…