Home News and Editorial Hands on with the Alcatel 1 one of the first Android Go... 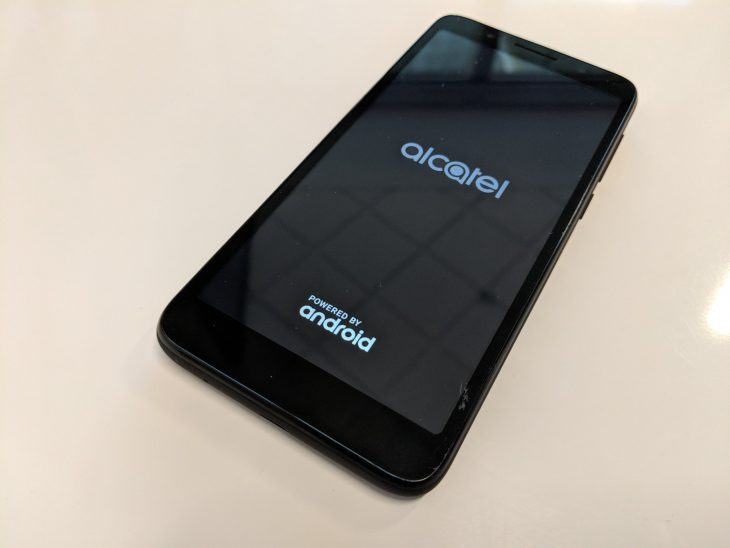 At Mobile World Congress last week, Alcatel unveiled their latest three handsets, the Alcatel 1, 3 and 5 series phones. The phones are all some of their best looking handsets to date thanks to their 18:9 aspect ratio displays, a first for this end of the market.

After a few days using the Alcatel 1 and Android Go, it’s time to see what’s the go. This is just a hands-on at this stage with a more in-depth review to come soon.

The Alcatel 1 is the entry level phone in Alcatel’s new range, powered by Google’s Android Go (Oreo edition) operating system. Android Go is designed to run on phones with lower amounts of RAM – a spec aimed squarely at phones like the Alcatel 1 with 1GB of RAM.

As well as running an optimised version of Android for phones with less than 1GB of RAM, the phone comes stocked with ‘Go’ versions of Google apps including Gmail, YouTube and of course the new ‘Files Go’ app which keeps your storage in check to better manage your files.

Google says that Android Go versions of their apps will run up to 15% faster, and take up 50 percent less space.

There’s also supposed to be a new range of apps being promoted for Go handsets in Google Play with Twitter, Facebook and more offering ‘lite’ or ‘Go’ versions of their apps. The Play store isn’t featuring apps like this on the Alcatel 1 as yet, but it should only be a server side switch when the phones all launch.

Hardware and Design
The Alcatel 1 is a pretty standard looking handset, except for that 18:9 aspect ratio display. It’s a 5.3″ LCD panel from Alcatel’s parent company TCL with a 960×540 resolution.

The phone may have an 18:9 aspect ratio for minimal bezels on the side, but it does have some bezel at the top and bottom – but there’s really not a lot and it looks symmetrical so my OCD is ok on this front. The screen is pretty bright and easy to see in sunlight if you ramp the brightness up.

The body is thinner than most lower end devices thanks to the 18:9 aspect ratio display. The Alcatel 1 is easy to hold thanks to the new slimmer design, and it has a lovely soft-touch plastic covering the rear to make it feel nice in the hand. It’s also quite light, so no strain to hold for a while.

The phone has a Mediatek processor – as do all the new Alcatel phones – with 1GB of RAM and 16GB (with microSD card) of storage. It’s a decent spec for the price, with Alcatel intending to launch the Alcatel 1 in Australia for under $100. It’s a great price for a phone running the latest version of Android which is also guaranteed to get security and feature updates. 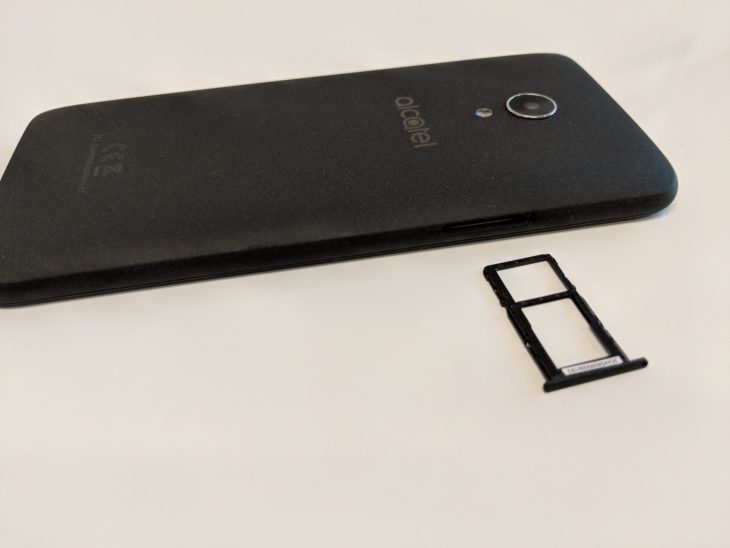 The Alcatel 1 has a decent camera on board as well. An 8MP sensor is on the rear and you’ll find a 5MP on the front. It’s not all about the MegaPixels when it comes to cameras, and Alcatel has done a decent job with their camera setup on the Alcatel 1.

I’ve been using the phone for a few days, but without a SIM card inside it. That means it’s been using Wi-Fi and battery life has been, as you’d expect, Great! The Doze feature on power management has been working extremely well, simply sipping the battery when not in use. Time will obviously tell once I use the phone on a network though.

The Alcatel 1 was initially quite unresponsive when I got my hands on it, it was laggy to the point of being frustrating – but a factory reset made the phone begin responding a lot better.

Don’t be under illusions that this is a flagship killer though. There’s still some lag when you’re navigating around the home screens, but compared to previous low-end devices, Android Go on the Alcatel 1 is a breath of fresh air.

I kept looking for, and I’m still trying to find the bits and pieces of Android that were missing to make Android Go work, but unless you know what to look for you won’t find them. Suffice to say that the Alcatel 1 runs very nicely, and for the majority of users who are going to be buying this phone, something that works is all they need – and this phone delivers.

There is a little bit of cruft on the Alcatel 1 – as you’d expect you’ll find it using Google Go apps for the most part – GMail Go, Google App (Go edition as well), but Maps Go is installed as well and there’s Chrome, the Google Clock app, Calendar, Photos and Keep as well.

Alcatel has still installed their own apps though, including their own camera app, but there’s also their own Contacts app, File Manager, Voice and Sound recorders and they’ve installed their own SMS client and Phone app. Also included is something called ‘enjoy.now’ which appears to be some sort of one-stop shop for Alcatel services.

It was a little jarring to see so many non-Google apps installed on Android Go. They’re likely installed as a nod to letting vendors customise their handsets while letting Google do the heavy lifting when it comes to Android security and feature updates as installing apps shouldn’t interfere with these updates. Still, there’s some stuff there taking up space.

The camera is rudimentary, but works surprisingly well. Again, we’re not talking flagship, but it’s perfectly serivicable. THe saying is of course that the best phone is the one you have in your hands, and walking around Barcelona allowed me to try out the camera in a number of different situations.

They’re Ok, but you do need to do a little bit of work to make them really work. Taking the time to frame, focus and plan your shot gets you the best effect. Shooting from the hip may not be your best option.

Here’s some shots from around Barcelona I took over the last couple of days:

Overall, the Alcatel 1 is a pretty nice handset. It certainly feels better in the hand than some lower end handsets and the prospect of receiving timely Android updates certainly adds another dimension.

Hardware wise, we’re talking sub-$100 handsets here and the hardware you get for your dollars is pretty decent. That there’s no biometric security in terms of Face Key (their face unlock tech launched for the 3 and 5) or fingerprint sensor on the Alcatel 1 coming to Australia is a bit of a disappointment – but not a show-stopper.

I like the Alcatel 1, it’s a good looking handset – something I haven’t really been able to say about sub-$100 handsets before. It’s simple, elegant and works well. What more can you ask for?

The Alcatel 1 will launch in Australia for under $100 later this year.