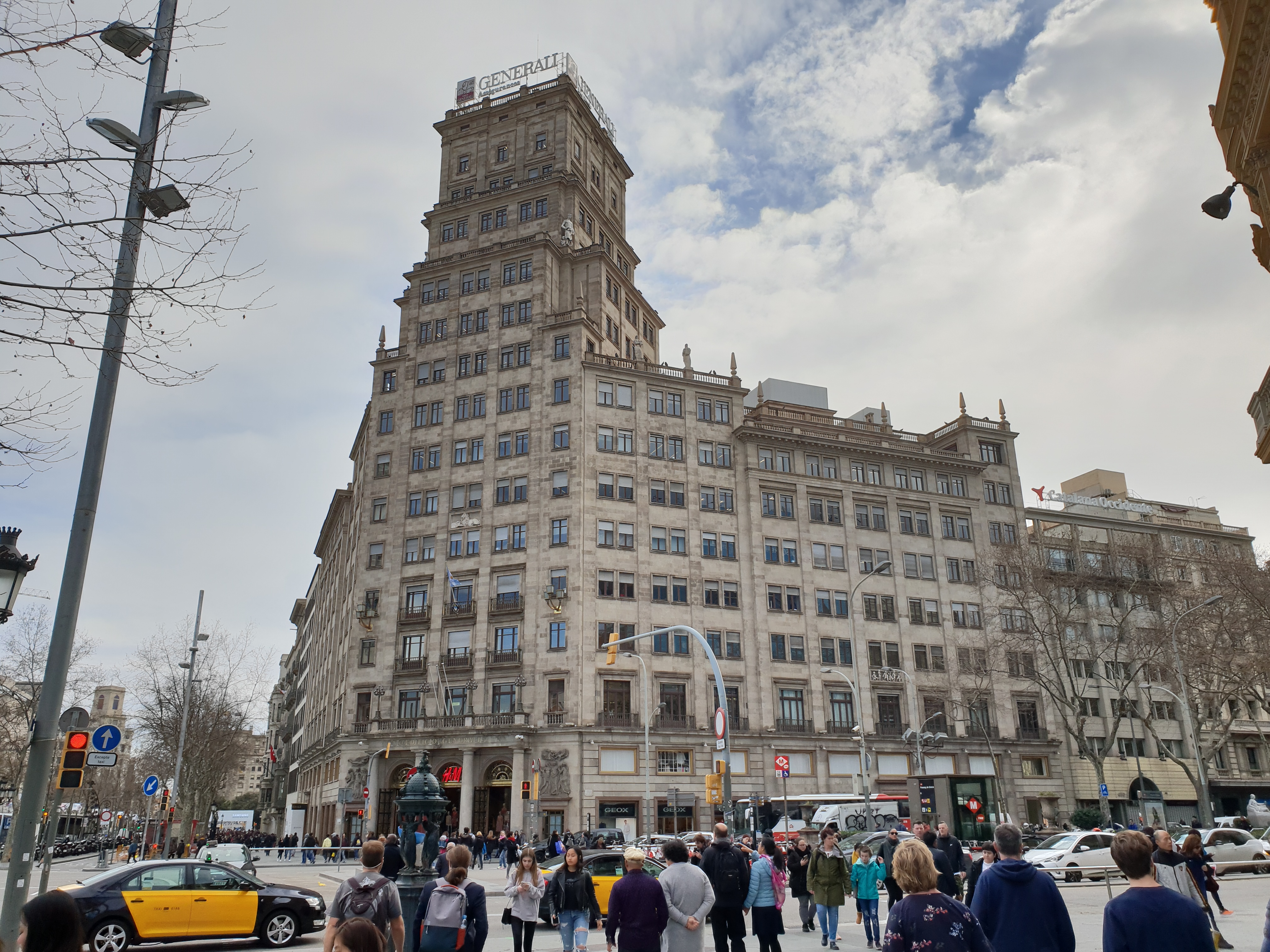 Samsung’s Galaxy S9 is the hottest phone on the planet right now after its launch in Barcelona at Mobile World Congress. The phone can switch its camera aperture between an astonishing f/1.5 for low light and a more standard f/2.4 for daylight photography, making for one of the most exciting changes to how your phone sees the world around it.

Barcelona is a beautiful city, and Samsung was kind enough to give Ausdroid a near-final Galaxy S9 so we went to town with it … literally. It was in our collective pockets and went everywhere with us over the last few days of our visit. Going places would often take a little extra time as travels were stopped (usually by me) because “I want to take a test shot”.

Images haven’t been post-processed, but your browser will scale down the thumbnails fit to page width and gallery layout. You can click on the images below to open the images in a full-screen gallery, and then click through to the original images, straight off our Galaxy S9.

We spent a great deal of time around Barcelona’s Gothic Quarter with its narrow lanes and breathtaking architecture, and snapped a lot of it.

Barcelona’s night life is punctuated by neon lights illuminating the entrances to all sorts of bars and clubs.

Bisecting the Gothic Quarter is Barcelona’s famous La Rambla. It’s a couple of km long tourist mecca flanked by souvenir shops and some amazing buildings. As you walk south you eventually reach a marina and some of Barcelona’s oldest buildings and sculptures.

You might have heard that the weather wasn’t so great over the last week during Mobile World Congress. Whatever you heard is probably true, but wet weather also affords some amazing photographic possibilities as wet pavements and roads reflect way more light. I’m also quite fond of the “into the distance” shot down roads and alleys, as you might notice…

Of course, when there’s rain at night you’re going to want to head indoors. We also snapped a few pics in various establishments to see how the Galaxy S9 handled indoor low-light.

This isn’t a review, so we’re not going to pass judgment on the Galaxy S9’s camera. We’ve tried to show off Barcelona, and most of these shots were taken in Auto mode with the smallest adjustments to settings for light/exposure. Additionally, our sample unit is a normal Galaxy S9 – the dual camera setup on the Galaxy S9+ should make for some more interesting possibilities. We’ve also been testing out the phone’s Super Slow Motion feature, and will be bringing you some samples soon.

Are you excited by the Galaxy S9’s camera prowess? Tell us what you think in the comments.

Might be just me, but seems to have trouble with reds.

Good to see Samsung have done some tweaks to handle bright neon signs better at night.