Home News and Editorial ANZ’s Android app gets a Material redesign, with fingerprint to unlock and... ANZ has been teasing a redesign app for a little while now and I’ve been quietly hopeful that it might bring a few features I felt were long overdue. The update started rolling today and it’s a good one, with ANZ basically delivery an entirely new Android app with a few new features.

I personally switched all of my transnational banking to ANZ when Android Pay (now Google Pay) was launched in Australia. I’m completely happy with Google Pay, but with ANZ, I lost a few app and online features compared to my old evil bank. This update basically restores me to where I wished I was.

Up front, a reboot like this deserve a new name and it seems the old ANZ Go Money AU app is now simply ANZ (Australia), not a major change but I think Go Money was a bit dated. A rose by another other name is still but a flower no? On top of the name change the app has received a healthy dose of Material Design, with FAB appearing where needed and the over all app just feeling cleaner, slicker and just more materially.

Moving deeper past the coat of paint the new app brings with in my most wanted feature, fingerprint to unlock. This was undoubtedly the thing I missed the most from my old bank and I’m loving having it back. It works just like all other fingerprint to unlock systems, unlock authenticate and you’re set. ANZ have added another bio-metric lock and that’s a voice ID.

Voice ID isn’t designed to unlock the app, it is a second layer of protection to unlock large transfers, over $1000 to a BSB or over $5000 to a BPAY account to be specific. While this is cool, what’s cooler about it is it took me right back to 1992 watching Sneakers as a teen!

To set up Voice ID you need to train the system by repeating “My voice confirms my identity”, so close to “My voice is my Passport. Verify me”, so close.

I for one would be happy to get a ping ever time my card was used for an over $100 transaction, or at a women’s clothes shop, I could potentially stop a lot of spending, or start a lot of fights!

There are a few more changes like improved in app customer support and account arrangement. For more jump over to the ANZ site or just update your app from the Playstore. 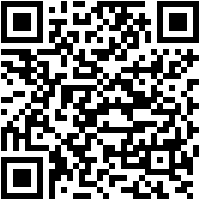 Actually, pending transactions (real time TXN) are not just for VISA Debits. It’s for all card types. I see it for my Rewards Black credit card too.

Not happy that they dropped bank/ATM locations after it took them so long to add such a simple and useful feature in the first place.

I must have got it early then; I’ve had this update for a couple of weeks now. Fingerprint login and pending credit card transactions instantly appearing are great additions. The one big loss however is sending money to anyone via their mobile number, which it no longer supports. Apparently it’s because they’re making way for PayID.

When PayID comes, that’ll be a welcome addition. Hopefully not far away.

This is actually probably newsworthy because ANZ have taken 6 years to add any new features to their their banking app. Up until now, all they did for Android was change some colours and the logo! iOS at least got fingerprint login and the Grow app in that time. GoMoney was reluctantly released for Android in 2012 after ANZ said Apple was ‘the place to be’. I got sick of waiting for them to do anything customers were asking for and left for a better product. So, to see if they’ve finally listened… has it stopped logging out if you… Read more »

The app doesn’t log you out if you switch apps, and screenshots are permitted. You can add billers and payees from within the app too. Pending card transactions generally show immediately in my experience. Only thing I don’t think it does is ATM locations.. if it does I can’t find it.

Thanks Chris. One of the ones I missed was setting up a scheduled/recurring transaction. Has that been added?

Had a look, seems recurring transactions still aren’t supported in the app yet.