The Samsung Galaxy S9+ goes on-sale on Friday this week, but the folks over at iFixit have managed to get their hands on the Samsung Galaxy S9+ a little early. Of course these guys did what comes naturally and stripped it down to see what makes it tick – or more precisely, just how hard it is to repair.

Like the rest of the more recent high-end Galaxy S and Galaxy Note handsets, the Galaxy S9+ is difficult to repair. The phone scored an overall repairability score of 4/10 – the same score the Galaxy S8/S8+ scored last year.

iFixit listed a number of reasons as to why the phone scored low in repairability, citing the display and rear glass breaking during repair of the screen. According to iFixit you have to remove the rear panel and disassemble the entire phone including undoing ‘tough adhesive’ to replace the screen. These same challenges are also present when replacing the battery. On the plus side, modular components allow for easy replacement if required.

Other notes from the teardown include that the famed dual aperture (f/1.5 and f/2.4) uses just two blades instead of the usual five to achieve the effect.

Samsung also apparently skimped a bit on the front-facing hardware utilising the iris scanner, front-facing camera, IR emitter, and proximity sensor to achieve the AR-Emoji feature and face unlock – unlike Apple who went with a more ‘Kinect’ style of face mapping. 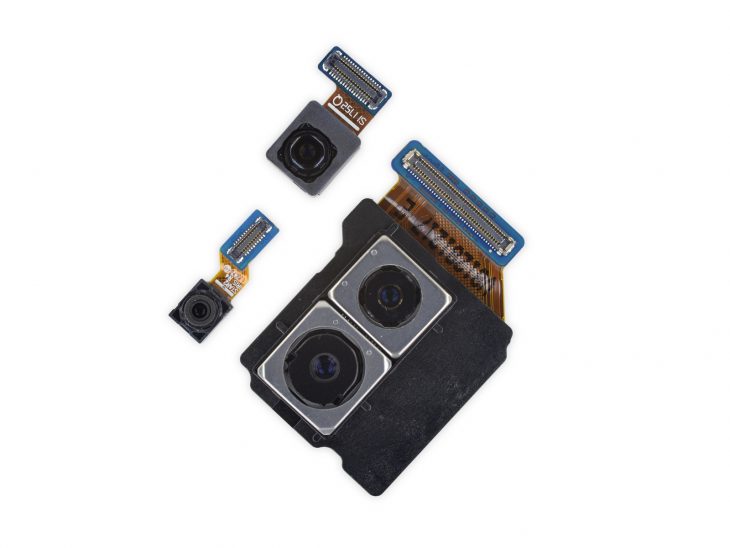 All up, the Galaxy S9/S9+ is shaping up to be a great phone, but like most modern day phones they’re not really made for home repairs.