After launching his clever puzzle game Dissembler on iOS two weeks ago, Australian developer Ian Maclarty has this week brought the game over to Android.

Maclarty has been designing and programming games from his base in Melbourne for some time, releasing 30 games across Android, iOS and on Steam over the last five years. Dissembler is the latest title, with the game offering players over 120 levels of brain-twisting puzzles, which also include daily puzzles and an infinite mode with an online leaderboard to check your progress against players around the world.

Dissembler is deceptively simple in concept, you simply need to flip pairs of tiles to match groups in sets of three. Each level is standalone, clear a group and no other squares drop in to replace them. Clear all the squares and move to the next level. It starts simply, but the intensity and complexity builds fast.

The game is priced at $4.49 and but includes no ads or in-app purchases. At first glance, the price was high but after playing it for the last day it’s well worth the price. It seems that players around the world agree, with the game reaching #2 on the iOS puzzle game charts in Australia after release.

You can check it out now on Google Play – and if you want to, you can also grab it on Steam as well. 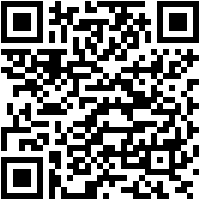