Home News and Editorial Fitbit announce the smartwatch for all, the Fitbit Versa 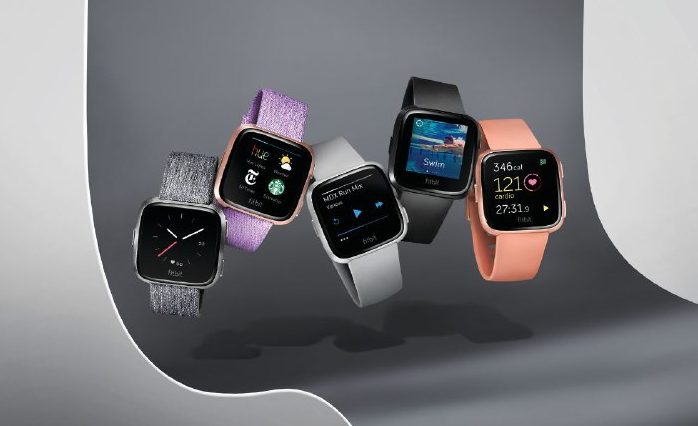 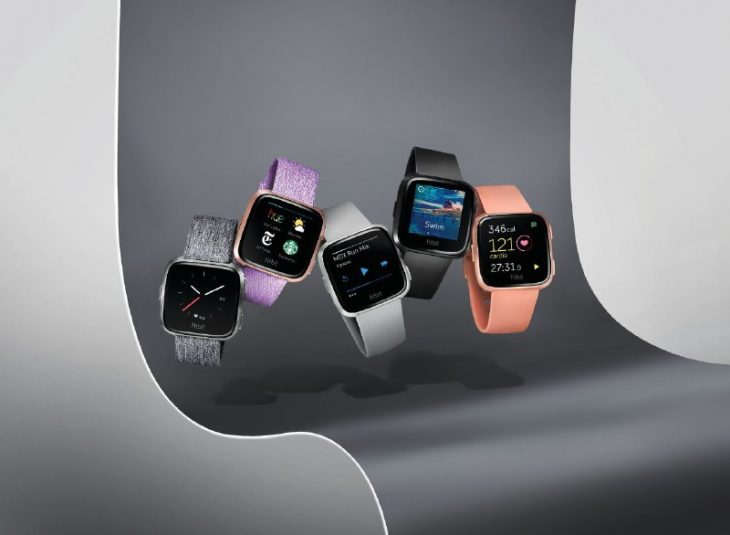 The long-awaited Fitbit smartwatch with Pebble influence is the Fitbit Versa. Alongside the Versa they have also announced the Fitbit Ace, an activity tracker for kids over the age of 8.

The Fitbit Versa is Fitbit’s lightest smartwatch that is housed in a modern design and includes all the usual fitness tracking features that we have come to expect from Fitbit.

The Versa brings with it Fitbit’s new Fitbit OS 2.0 featuring a new on-device dashboard which includes your stats at a single glance, personalised fitness guidance (24/7 heart rate tracking, Fitcoach, Connected GPS and more), sleep tracking and insights into that and the ability to adapt to you over time. The more you use it the more it learns what you prefer and displays relevant information. This last feature will be coming later this year. 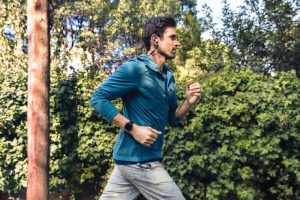 Versa brings consumers the advanced health and fitness features Fitbit is known for, along with broad compatibility across mobile platforms and 4+ days battery life to provide users with a better picture of their overall healthJames Park, CEO and co-founder of Fitbit

Along with these features the Versa also includes a new female tracking feature which allows females to track their menstrual cycle and see how it relates to their overall health stats such as activity, sleep, weight and nutrition.

Female health tracking will empower women with a greater understanding of their menstrual cycles in conjunction with their physical and mental health, as they start to recognise what are normal trends over time versus what could be an issue to share with their doctorDr Katharine White, MD MPH, Assistant Professor of Obstetrics and Gynecology at Boston University School of Medicine and Fitbit Advisor

The watch itself is about more than just the new software it brings. It features an anodised aluminium case which is slightly tapered to fit the curvature of your wrist comfortably. The display is a coloured touchscreen which has a brightness of up to 1,000 nits and is water resistant to 50 metres.

A smartwatch should also interact with your phone for basic functionality in the least. The Versa gives the user notifications and quick replies as well as quick pre-populated or curated message replies for Android users. You can also listen to music (Deezer) directly from your watch, use Fitbit Pay to pay for goods.

Accessories are also available to purchase such as classic Fitbit rubbery bands, leather and stainless steel (silver or black) bands as well as some designer bands. There is also a Versa special edition available for purchase with exclusive woven bands with a rose gold aluminium case or charcoal in a graphite aluminium case.

The Fitbit Versa is available for pre-sale now from Fitbit.com and from various retailers tomorrow for $299.95 in black with a black aluminium case, grey with a silver aluminium case or peach with a rose gold aluminium case. The Versa special edition retails for $349.95 and the accessories cost anywhere from $49.95 to $139.95. The Fitbit Versa will be available instore at the beginning of April 2018.


Fitbit have had fitness trackers for young kids for a while but for older kids the childish designs won’t cut it: hence the Fitbit Ace was born. Looking very much like a Fitbit Alta, the Fitbit Ace is designed for kids over the age of 8 and tracks their steps, active minutes and sleep with up to five days of battery life.

It is shower and splashproof and comes in two vibrant colours, Electric Blue and Power Purple. For those who prefer to keep an eye on their kids’ online activity there is a Fitbit parent’s account in which you can limit what the child sees within the app including friend requests from others.

The Fitbit Ace is available for presale today on Fitbit.com for $129.95 and will be available in store at Fitbit.com and selected Australian retailers in Q2 of this year.

With Android Wear stagnating to say the least it is good to see Fitbit offering up some decent smart wearables. Would you consider this the smartwatch for you or someone else?

I wonder what technology is used for the screen. I hope it’ll be similar to Pebble’s colour e-paper display which is always on.

It looks to me like standard LCD with a backlight. I doubt it is using either OLED or e-paper as they would have mentioned it in the specs I would think. What I am more interested in is how many 3rd party apps there are for it and is there close to the same amount of development that the pebble had.
I still use my pebble all the time but the battery is wearing out and would love a new watch but it needs to have the software behind it.

I want that too, number 1 priority as it changes the whole paradigm of the device from always on an unobtruse vs a black blob on your wrist that lights up a room when anything of note happens. if they can drop that logo , center the display and make it e-paper/memory LCD I’ll consider jumping but on top of what this thing can do my Pebble still does voice replies, controls my lighting, replies to FB messages, gives me UV alerts and a bunch more for *seven* days of always on. you can pretty much tell the display type… Read more »