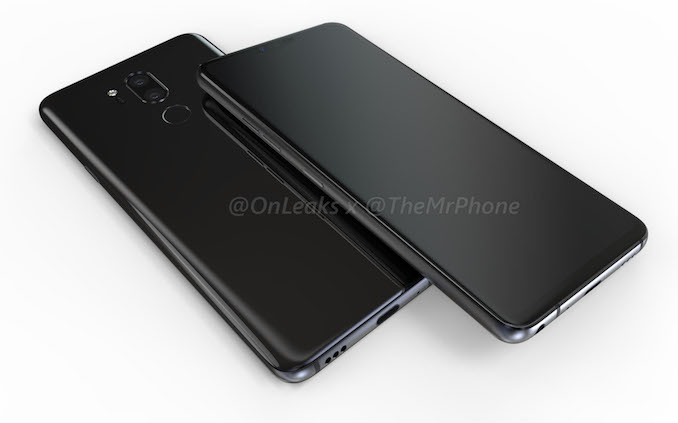 The absence of a new G-Series LG phone at Mobile World Congress was certainly a disappointment for many, but it’s given LG time to go back to the drawing board. The phone is definitely coming though, with a new series of CAD-based renders appearing.

The ‘renders’ are actually 3D-models built from designs and specifications leaked by accessory makers to the leaker we know as @onleaks. For this, Steve has partnered with Mr Phone, to show off the 3D renders he’s had made in a 3D video, which do a good job of showing off the phone from every angle.

The design is familiar to anyone who saw the LG G6, made from metal and glass, though this time around LG will be including a notch in the screen to house the front-facing camera, light sensor and speaker.

It seems that LG has steered away from building the power button into the fingerprint sensor on the rear, instead including it on the side of the phone. There is seemingly an addition of another button on the render, and it’s being speculated that LG is moving to include it as a button to call a digital assistant – or some variant of their ThinQ AI assistant.

For fans of the 3.5mm headphone jack, you’ll be pleased to see that LG will once again retain it with the jack appearing at the bottom of the phone next to the USB-C port. We’ll apparently be seeing the phone in the next month or two, with the LG V40 arriving a little later in the year. LG has been thoughtful about this latest release, and we can’t wait to see what that entails.

Oh yay. Another phone with a #stupidnotch.