Home News and Editorial The OnePlus 6 alert slider will help you focus and may arrive... Every day there seems to be something new about the upcoming OnePlus flagship. Add that to the fact that half of the “leaks” seem to be coming directly, and officially, from OnePlus themselves, and it points toward an imminent announcement.

We have seen OnePlus come out and give us details about the phone’s specs, it’s notched display and a big suggestion of an Avengers-themed variant. Today they have posted via their social media channels a possibility of a new addition to the functionality of the alert slider.

Slide to focus with the Alert Slider. #OnePlus6 pic.twitter.com/LbLbhlwjVh

The alert slider on the OnePlus phones is very similar to the slider used on iPhones with some extra functionality. Now it seems they are extending its functionality to improve your ability to focus and while some believe this may be focusing the camera there is little in the Tweet that suggests a camera relationship. We are unsure how the current slider will be able to be used to “slide to focus” so we think don’t think that this is the case.

The other option is that OnePlus are extending the functionality of the slider to allow you to focus on your tasks at hand better. We believe that the video in the Tweet suggests that using the slider removes noise. It makes sense (to us) that the slider will help you focus by removing the “noise” that the phone is providing while you attempt to get on with your life. We have reached out to OnePlus who have told us that our deduction was indeed accurate. The video and the functionality is about focusing your attention/mind.

The OnePlus 6 will arrive with Qualcomm’s Snapdragon 845, 8GB of RAM and 256GB of onboard storage and a 6 inch display which will include a notch, as well as the ability in the software to hide the notch. 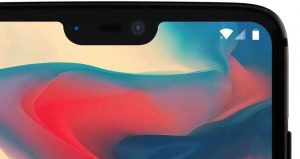 Even though released/leaked renders of the phone show the inclusion of a headphone jack OnePlus are possibly signalling the end to the headphone jack in their future phones with what appears to be the development of a wireless version of their Bullet in-ear headphones. Their current Bullet headphones are wired but also a very cheap option and punch well above their cost with a quality sound.

The new wireless Bullets headphones made an appearance on the Bluetooth certification page. As seen in the image above their model number is BT31B, with the product name leaving very little to the imagination — OnePlus Bullets Wireless. At this stage it is unclear how OnePlus will be selling these considering the first and second generation Bullets were extremely affordable and the Bluetooth package can be expensive to produce well.

With all these leaks appearing and OnePlus doing their best to ramp up the hype surrounding their new flagship it would not surprise us to see them announced later this month with a release not long after, coinciding with the Avengers: Infinity War release.

Even though they are very unlikely to be made available directly to Australia there will always be the option of importing for those interested. I am still up for one, especially an Avenger’s themed variant. Anyone else?

With my OnePlus One finally showing its age, I’ve pretty much decided that this will be the phone I’ll splash out on for the next 4 years. I only hope that I don’t have to worry about getting a model that doesn’t match up properly with our bands or needs a separate flash to get Google services.