Home Mobiles Details on the LG G7 ThinQ camera including software enhancements and the... 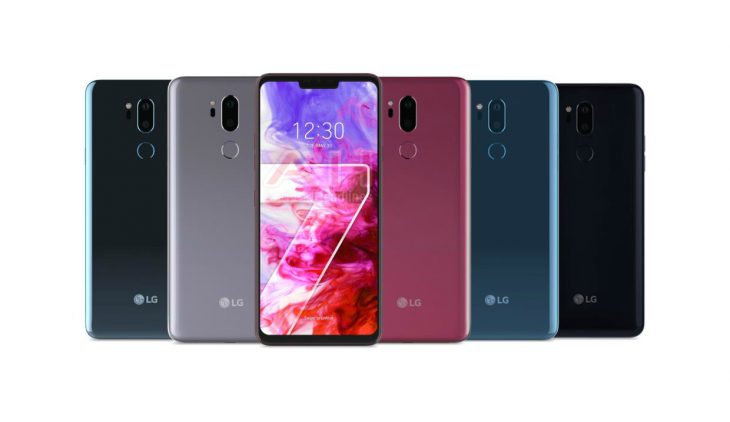 After announcing that their next flagship smartphone will be announced on May 2nd last night, the handset is getting leakier with new details on the camera hardware and software, and notch coming to light.

The details come from AndroidHeadlines, who claim to have seen first hand details of the phone. The first details they confirm is that the G7 will indeed come with a notch in the display, however just like the recently released P20 it will be able to be hidden. The display will also include additional white pixel as part of their M+ technology making the display brighter and with more colours than previous displays.

In terms of hardware, LG will include dual 16MP rear camera sensors, a standard module behind an f/1.6 aperture with 10-bit HDR support and a second wide-angle module with 107° field of view. LG are also looking to announce a new low-light feature called ‘Super Pixel’ with the cameras on the G7, which basically allows their AI to combine the pixels into one making it ‘capable of capturing four times brighter images and videos compared to the G6 and V30 lineups’.

In terms of software, the LG Vision AI announced previously will be front and centre on the G7 ThinQ. The AI will recognise what is in a photo and offer suggestions on colour, contrast, and saturation settings in the camera app. Additionally, LG will also be promoting Google Lens support as part of the announcement. Also adding to improved photography will be the inclusion of an updated Graphy 2.0 interface which will offer suggestions on ISO, shutter speed, white balance and more when in manual camera mode. LG will also be bringing Live Photos with the launch of the G7, allowing short videos or ‘best photos’ to be chosen from the results to ensure you get the best shot – or additional photos before or after the main photo is taken.

If Animoji and AR Emoji interest you, then LG has animated 2D and 3D stickers coming with the G7 which can be pasted over photos.

After wowing us with their QuadDAC on the G6 and V-Series phones, LG is also going to wow with the audio on the G7 with a ‘Boombox Speaker’ that mimics a resonance chamber in the phone to give a more fuller, richer sound. LG will also include improved far-field voice recognition for use with the Assistant, meaning the phone can hear your ‘Ok Google’ call in loud environments and from further (over 5m) away. The Assistant will, as expected, also include more LG G7 specific commands in line with their previous announcements on Voice AI, these commands may be something like ‘Ok Google, take a wide-angle picture’ and more.

The LG G7 will be announced at dual events on May 2nd in Manhattan, New York and on May 3rd in Seoul, Korea and we’ll be sure to see more details through leaks in the coming weeks leading up to the launch.

A notch with a bezel, it’s just so effing weird

I haven’t looked at this phone till now. It’s not even bezel-less at the top and has a notch. No wonder LG closed down that Reddit AMA were everybody bagged on the notch.

I don’t want any company to fail, I want good competition but I can’t see many people wanting to but this. EPIC FAIL in my book :/

Any news on wireless charging?