I’ve recently become interested in gardening after moving into a new apartment with a sunny balcony and big north facing windows with empty floor space in front of them.

Deciding which plants to buy is hard but the free PictureThis plant identification app has made the task easier by letting me use artificial intelligence (AI) and a database of 4000+ plants to identify different species I see in nearby gardens.

So far PictureThis has correctly identified 5 out of the first 6 plants I scanned using the app, including cut flowers which is quite impressive.

If the app can’t identify a plant that you’ve taken a picture of, you can utilise crowd sourcing and submit it to the community of  PictureThis users across 100+ countries to Identify it.

PictureThis works best when you photograph plants with filtered sunlight but not when it’s a bit dark or really bright direct sun.

You can optionally choose in the app Settings to “Share Pictures on the map”, this is off by default which is good for privacy. Many people would use the app in their home garden and not want to publish their exact GPS home address.

Looking at the “Explore” tab there are plenty of Australians using the PictureThis app, which is available for Android and iPhone. 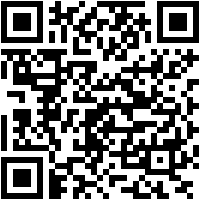 Try PictureThis yourself in your local garden or park and let me know how it goes in the comments. One bug I’ve noticed is that it occasionally pauses at 89% of the identification process. If that happens, just cancel and identify it again.

I also tried the Google Lens sub feature of Google Assistant but it was a bit hit more hit and miss, requiring more attempts at identifying a particular plant from different angles and with a lower success rate. I guess this is because Google Lens is a general image AI whereas PictureThis is a specific AI optimised to identify plants.