eBay Australia has announced a partnership with Flybuys to allow customers to earn points through shopping on eBay’s online marketplace.

The partnership between to the two retail giants begins in earnest today, enabling eBay shoppers to obtain, collect and redeem Flybuys points with 40,000 Australian retailers on the marketplace, earning one point for every $2 spent on eligible items.

This new partnership between Wesfarmers and eBay Australia is the biggest expansion in the Flybuys program since the addition of Velocity frequent flyer points in 2016 and signals the growing importance of the Flybuys rewards program for Wesfarmers as its seeks to de-merge the Coles supermarkets and affiliated brands (such as Flybuys, liquor, hotel, petrol and convenience brands/sites) towards the end of 2018 (although the time-frame is subject to change of course.)

The deal is also a first for eBay Australia, moving into a loyalty program representing a significant opportunity to strengthen its customer retention against the expected launched of Amazon Prime service later this year.

Speaking to Inside Retail Australia, Julie Nestor, eBay Australia’s chief marketing officer, said that eBay had originally approached Flybuys with the idea for the partnership and described the deal as a no-brainer:

“We’re thrilled to partner with Australia’s most popular loyalty rewards program as part of our mission to continue innovating and transforming the retail industry,” Nestor told Inside Retail.

eBay has stated that the strategic partnership with Wesfarmers and Flybuys will help smaller retailers on its marketplace gain access to a widely recognised loyalty program, which they likely would not be able to do on an individual basis. It cited a a survey conducted with 1,570 sellers in April in which the company stated that 62% of small retailers believe a rewards program would help their business compete with larger players, while 71% believe a loyalty program would be too expensive to set up and run. 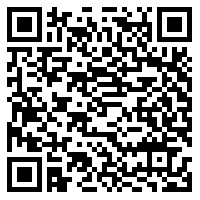 This tells you how to link them: https://www.lifehacker.com.au/2018/05/how-to-earn-flybuys-points-at-ebay/

Earn flybuys points for eBay purchase already happened since last year. Correct me if I am wrong

Your definitely not wrong Terry, I’ve being collecting Flybuys points from ebay since November last year myself