The dongle – which they’re calling the ADT-2, the successor to the ADT-1 developer device which launched alongside the announcement of Android TV in 2014, is being offered to developers who sign up through the Google Form at g.co/io/adt2-signup.

As we saw previously on its trip through the FCC, the dongle has a HDMI (2.0A) output, power (5V/2A) input and according to the user manual is powered by an Amilogic S905X processor with 2GB of RAM and has 8GB of eMMC storage on-board. One change from the FCC photos we grabbed is that the dongle does not appear to have the Google ‘G’ branding.

Though they didn’t show it off at the Android TV event here at Google I/O, the FCC application showed a remote control with a dedicated Google Assistant button built-in. 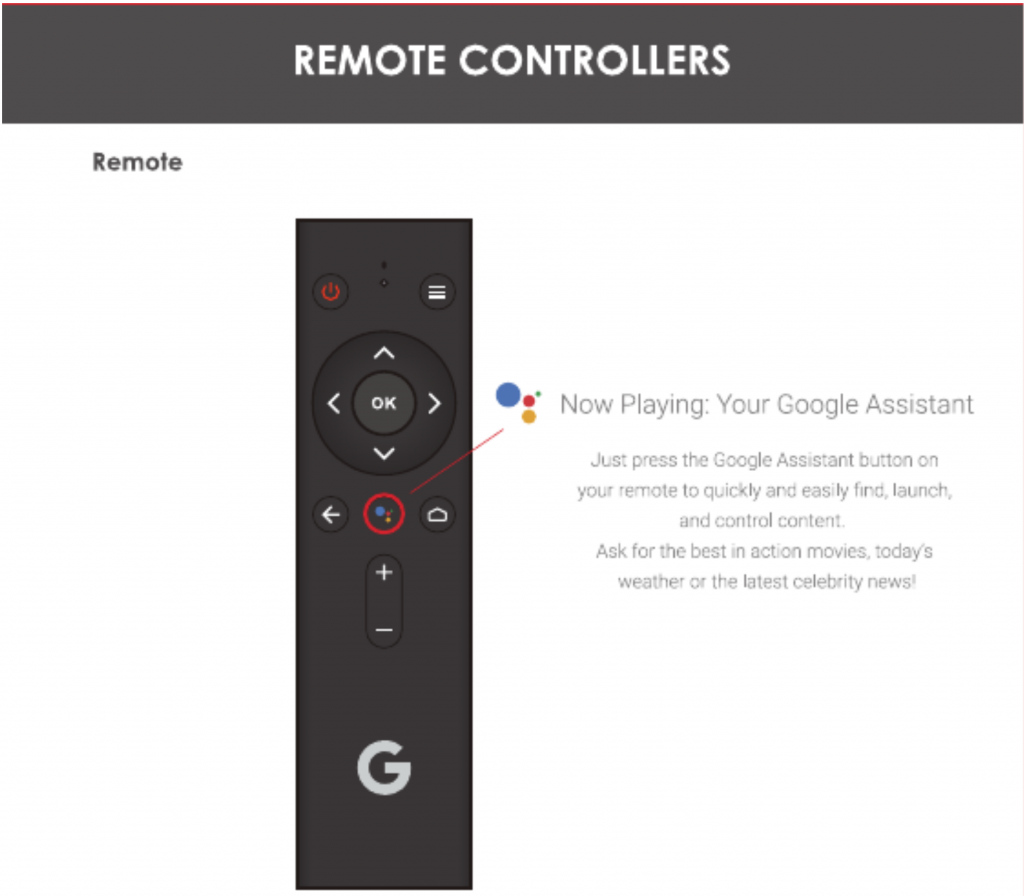 There’s no word on when these will ship out, so if you’re an Android TV developer you should definitely head over to g.co/io/adt2-signup and register your interest in the dongle.

What do you make of this?

Fred
Not a google device it seems.

Yep, I and where I got that from, was wrong. Admitted.