Last year LG and Google released what was meant to be a reference smartwatch which was not well received. It still ran Qualcomm’s old 2100 processor, and was large and plastic-looking. Today a rumour has surfaced that Google are looking to announce a new reference smartwatch on their Pixel Day in October this year.

Everyone’s favourite leaker, Evan Blass, overnight Tweeted out the Pixel products that Google would be releasing later this year. Not surprisingly there is the Pixel 3 and the Pixel 3 XL as well as a second generation Pixel Buds. The other product, which we (now seem to have) alluded to the other day, was a “Pixel-branded watch”.

This fits with the story we ran the other day that Qualcomm had a brand new Wear chipset built from the ground up especially for wearables in production and would be unveiled “alongside a new flagship/lead smartwatch in Spring (Australian time)”. Although it’s great to be right 100% of the time with hindsight we admit that we did not suspect a Pixel branded watch at the time but instead were more thinking of a direct watch manufacturer releasing a watch with the new processor right about that time. 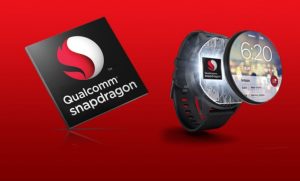 With Google looking to improve Wear OS this year now that it has stagnated and falled behind other products on the market it is no surprise to see them take leadership and produce a new reference design smartwatch — something that other manufacturers can look to to see how Google thinks things should be done. This is part of the reason for Pixel phones — to guide the manufacturers. At this stage there is no suggestion that Google will produce both a sporty-looking watch or a more classic business design watch but it would not surprise us to see both — there are two variants of the Pixel phones each year so Google obviously have no qualms in doing so.

Hopefully Google release the Pixel Watch under their own moniker and sell it directly into Australia, either online or through the more traditional shop-front channels unlike last year’s LG/Google smartwatch which never made it to our shores. Most users say that the Pixel phones bring out the best in Android, hopefully the Pixel Watch does the same thing for Wear OS and takes it to the next level.

Who here is interested in a Pixel-branded smartwatch running Qualcomm’s brand new Wear chipset designed specifically for wearables? Would it matter who made it? What about if TAG Heuer or Fossil etc made it?

I’d probably buy one. That would be my first smartwatch

I’ve been waiting for this for ages. Please let this happen

I have a Pixel2 XL and buds (and other google home devices) which are superb and far superior to the iPhone and related Apple products that I am forced to use for work purposes. Google Assistant is very good, craps all over Siri and Cortana (have used all 3 extensively). Would definitely be up for Pixel branded smart watch – although absence of any of gps, esim or nfc would cause me to lose interest rapidly.

Needs to have GPS and NFC for me to consider. add E SIM with ability to use same number as your phone and it’s a must buy for me.

My moto 2nd gen watch is getting to the end of its life, nearly perfect timing.

Might be a smartwatch worth buying…..if it’s reasonably priced

I definitely am too…

Me too! Hopefully it’s a worthy upgrade from my LG Urbane