Home News and Editorial OnePlus pits the camera of their upcoming flagship up against some of...

The OnePlus 6 is set to be announced next week in London, closely followed by China and Mumbai. It promises to be a great looking phone from what we have seen and the entire OnePlus teasing has been around how fast it is. The problem is, you can make the fastest, best looking phone in the world but in 2018 if the camera isn’t amazing then it is dead in the water.

While OnePlus have not had great cameras in their previous phones they are confident that this one will be able to match it with some of the best of them. To prove this they are putting their camera up against some of the best in the world — the Samsung Galaxy S9, the Google Pixel 2, and the iPhone X.

OnePlus India are running a competition on their website called Blind Test which, as the name suggests, shows photos taken with each phone and without telling you which phone took which you are invited to vote on which you think is the better photo in each category: architecture, low light, low light portrait, and portrait.

Once you have logged into the site and vote you then go into the draw to win from a range of prizes which includes a OnePlus 6, a OnePlus Messenger Bag and a OnePlus JCC Cap. After entering you will also get a link to share with your friends to invite them to participate in the competition — the competition closes on Monday. 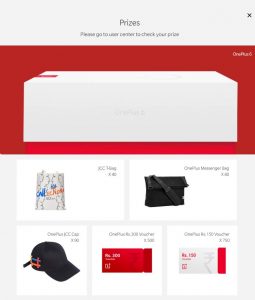 If you have a close look at all the photos on each subject you can see that on each one there is one photo that is far worse than the others. Obviously not all phones are good at all things but if OnePlus manage to take a photo with their OnePlus 6 that sits in the top two of each category I will be very happy.

What do you think of the photos? Do you think OnePlus can pull it off and create a phone with a camera that can compete with the best available right now? Head on over to the OnePlus India website and enter the competition now if you are interested in winning one for yourself.