Home News and Editorial LG broadens their Q-Series with the Q7, Q7+ and Q7α 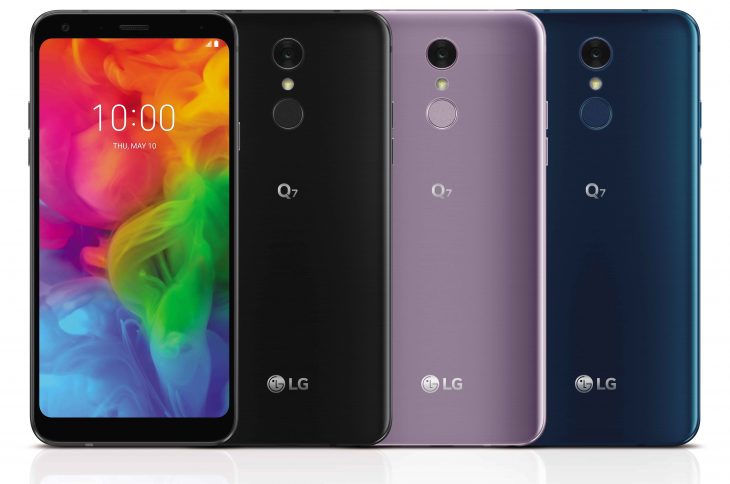 With the launch of the flagship LG G7 ThinQ out of the way, LG has focused their attention on the mid-range, today broadening their offerings with the Q7, Q7+ and Q7α.

LG says that the three configurations of Q7, will be dependant on the region and market. All three phones offer a range of features built in the same chasis which includes the same 5.5″ 18:9 aspect ratio FHD+ (2160 x 1080) FullVision Display and are powered by an octa-core processor – either 1.5GHz or 1.8GHz.

Additionally LG has also added new Cameras, AI, Hi-Fi Audio, IP68 Rating, MIL-STD 810G rating and Fingerprint Sensor into the Q7 series offering different memory and camera configurations for the three models. The Q7 series is the first in its class to include a Quad-DAC, as well as DTS:X to deliver ‘virtual 3D surround sound, up to 7.1 channel audio through headphones’.

Consumers in the market for a balanced smartphone with the latest premium features will find the LG Q7 very hard to resist. With selected features just only recently introduced in our 2018 LG G7ThinQ, the Q7 is a great combination of features, design, performance and price.

LG will announce local pricing and availability of the Q-Series as they appear around the globe.

Why do i get the feeling we will get the rumoured Helio P10 variant?

Is there any news on a G7 release date here in Australia?

Coming in June to JB Hi-Fi and other retailers. There will be pricing closer to launch.