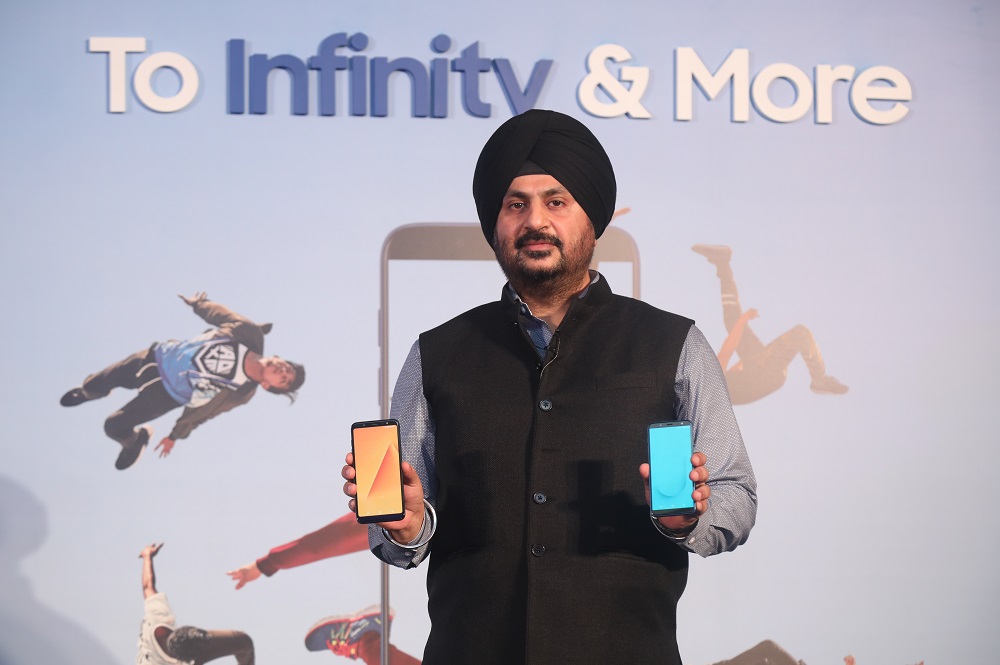 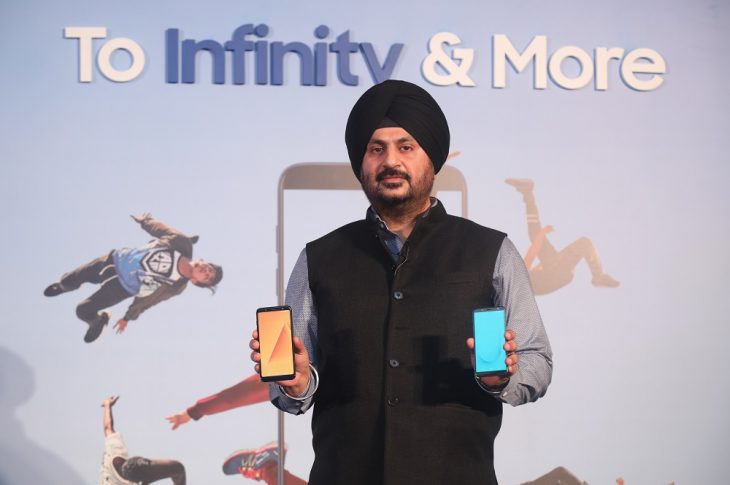 You could easily get lost in the sheer number of smartphones that Samsung manufacture but one of their best selling phone series is the J series. It may not get the hype of the S series but it sells a lot as it packs a lot in a relatively cheap package. In India overnight Samsung have announced their 2018 J series of smart phones.

This year Samsung are bringing one of the more aesthetic features of the S series to the A and J series of smartphones. The much vaunted “Infinity Display” will arrive on board both of these lines giving them a much more premium look and feel. The Infinity Design concept will give the phones close to 15% more display area while keeping the phones the same size.

Of course by making the bezels much smaller the physical home button has gone by the wayside replaced soft navigation buttons and a fingerprint sensor on the back of the device. The end result is an 18.5:9 aspect ratio display that is in fashion this year.

The Galaxy A6+ is the bigger sibling of the two with a 6 inch FHD+ superAMOLED display. The A6+ receives a dual rear camera setup (16MP and 5MP) and a 24MP selfie camera with flash on the front. It contains 4GB RAM and 64GB of on board storage and is powered by a Snapdragon 450. Like the A6, it is once again a metal unibody material. The A6+ comes in at a higher cost of Rs25,990 (AU$510). 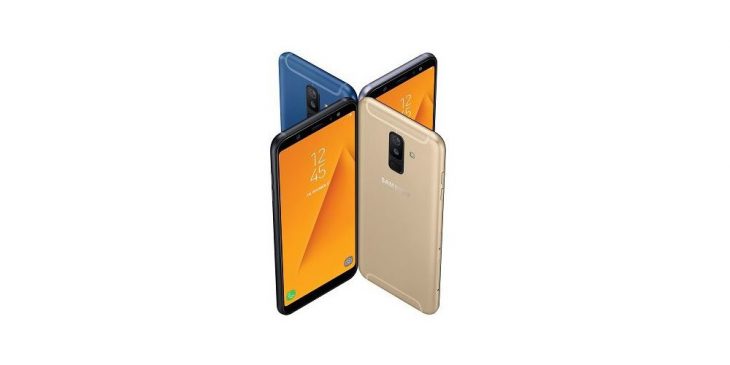 The Galaxy J8 is very similar to the A6+ in that is runs on a Snapdragon 450 processor with 4GB of RAM and 64GB of on board storage and has a 6 inch Super AMOLED display, although the display is only HD+. The camera setup is a 16MP/5MP rear camera setup and a 16MP front facing camera. Once again it is a polycarbonate unibody and comes in at Rs18,990 (AU$375).

All phones arrive with Android Oreo on board and will be available in India from May 22. There is no word of when these will be available in Australia but we dare speculate that it will be in the next few months. At these prices and sporting an Infinity Display and the Samsung name you can be sure they’ll sell well.