Home News and Editorial The OnePlus 6 gets the iFixit teardown treatment and there is still... The OnePlus 6 may have only been announced a week ago but it has already been given the full treatment by the folks at iFixit. iFixit tore it apart, determining how each piece is put together ultimately giving it a score for just how hard it is to repair. 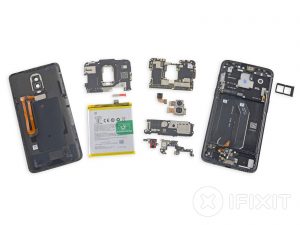 We should not be surprised when we see the iFixit repairability score for phones these days. Manufacturers make phones to look great and to catch the users eye, all trying to pack impressive specs into a tiny body. There is very little consideration to repairing it — and why should they?

The OnePlus 6 scored 5 out of 10 on iFixit’s repairability scale, which is actually a fairly average score when it comes to other flagships. There were some good things about the build but unfortunately also some bad things.

On the plus side it was obvious that although the phone does not have an IP rating OnePlus have made attempts to give the device some semblance of water resistance with rubber gaskets and black silicone seals guarding the internals of the phone. The OnePlus 6 also has an easy-to-remove battery as well as a modular headphone jack.

Not surprisingly, the glass back is a big negative. iFixit found no reason for that glass back other than aesthetics — which for some it is considered a plus. It is easily breakable as you would expect but iFixit did note that replacing the entire phone is still less than replacing a broken glass back on the iPhone X. Smash the display and you may as well get a new phone as well with it being relatively inaccessible and “sure isn’t repair-friendly”. 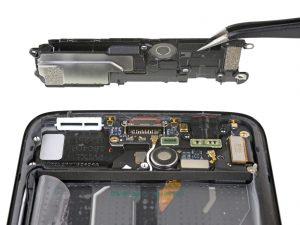 An interesting aside is that the NFC antenna is placed around the rear cameras and thus should be treated carefully if fixing the cameras.

I doubt that many people here take into account the repairability of a phone before purchasing, especially given how average most of them are these days but it is good to see just how the internals are put together and how well manufactured and designed it is.

Would an average score on iFixit’s repairability scale sway you from purchasing a phone?

A Full metal body is becoming hard to find, my mate 10 pro has a glass back and it is useless, at least a metal body could help with heat dissipation.

Making it available in this country is the biggest factor. I don’t like glass back phones, would rather plastic. Usually it is the crap reporting that makes the glass back so special, people are told to think it is the best so the media demands it. I loved the phones with a plastic back, much stronger, easier to hold and looked just as good because any sensible person uses a cover. The OP 5 is impossible for me to hold without a cover, the metal back just slides out of my hand and it is too thin, this crap with… Read more »