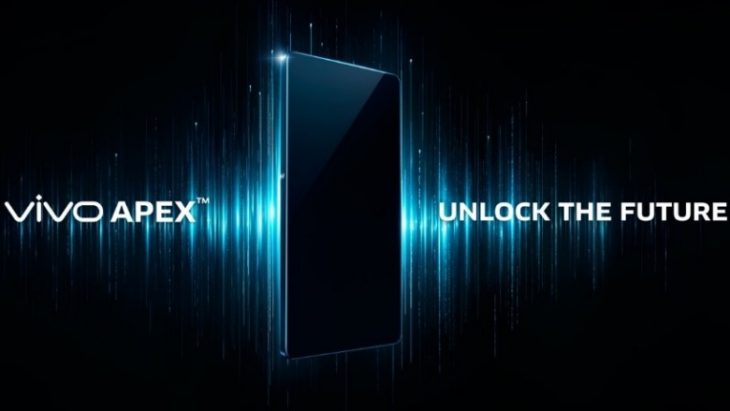 2018 has become the year of the notch, just as last year was the year of the shrinking bezels. Surely the next innovation due to arrive in the smartphone world is a full display phone with no notch, and Vivo seem to think so, aiming to be first to market with such a device.

Vivo have been teasing the world with the fully functional entirely bezel-less phone, the Vivo Apex, with no notch and an under-display fingerprint sensor for a while. Originally it was a concept phone as captured by The Verge but now it looks set for a release to market in the next month.

The phone has popped up (pardon the pun) showing its popup selfie camera and half-display under-display fingerprint sensor in ads set to be aired during the FIFA World Cup next month. The ad is a generic Vivo ad but does show the Apex in hand and on a bench, showing the entire lack of bezels of any meaning at the top of the device. There is also a frame showing the selfie camera popped up — something that could well be the next innovation to take the smartphone world by storm. 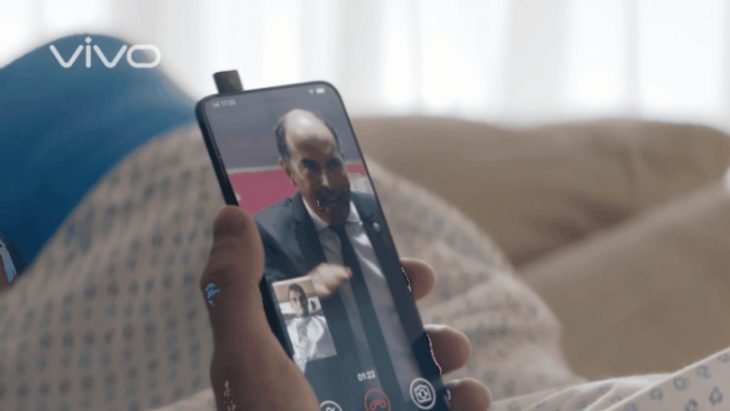 Vivo have shrunk the bezels down to just 1.8mm on the top and sides and the chin bezel to just 4.3mm — which it wants to shrink even more in the future. There are hidden proximity and ambient light sensors and an elevating 8MP selfie camera to alleviate the need for a notch — the selfie camera is ready in 0.8 seconds from the beginning of the opening process.

Of course, it is only fitting that the Vivo Apex arrives with a hidden fingerprint scanner — it is the next generation under-display (AMOLED) fingerprint sensor that encompasses almost half of the display. If you want to see it in action check out the video below:

Not only is the Apex popping up in TV ads a well known leaker has taken to Twitter to say that the Vivo Apex will launch next month:

vivo APEX will be released next month. This is the most aggressive smartphone ever designed. pic.twitter.com/R31ScBuwAx

Of course Vivo are yet to launch a phone into Australia but given that they share the same owners as OPPO and OnePlus we would not rule it out in the future. It is very unlikely this phone will officially land in Australia but you can be sure that the other manufacturers will be watching it very closely for their design plans in the coming year(s).

What are your thoughts on this? Would this be the perfect phone for you?

> “This is the most aggressive smartphone ever designed.”

Looks like the price in India is 40,000 rupees, or somewhere in the AU$700-800 region. It’s reallly going to put cat amongst the pigeons for the iphone and pixel 3 if the reviews come in positive. Who knows, maybe companies will stop trying to cram cameras into a few cubic millimetres and move to extensible zoom lens?

Associating yourself with the world cup of corruption, exploitation and murder isn’t something I would be doing.

I love me a bezel less phone with a big battery and great camera .its definetly looks the best out of all of them am s thank goodness finally an android without a notch.not sure about the pop up camera looks flimsy .

have to agree with you re the camera…. just asking to be snapped off…. i would assume it would have to be quite strong??

Me too still waiting for one to be made thought the P20pro was it but alas the camera reviews are ordinary at best that 49 MP defaults to ten MP.