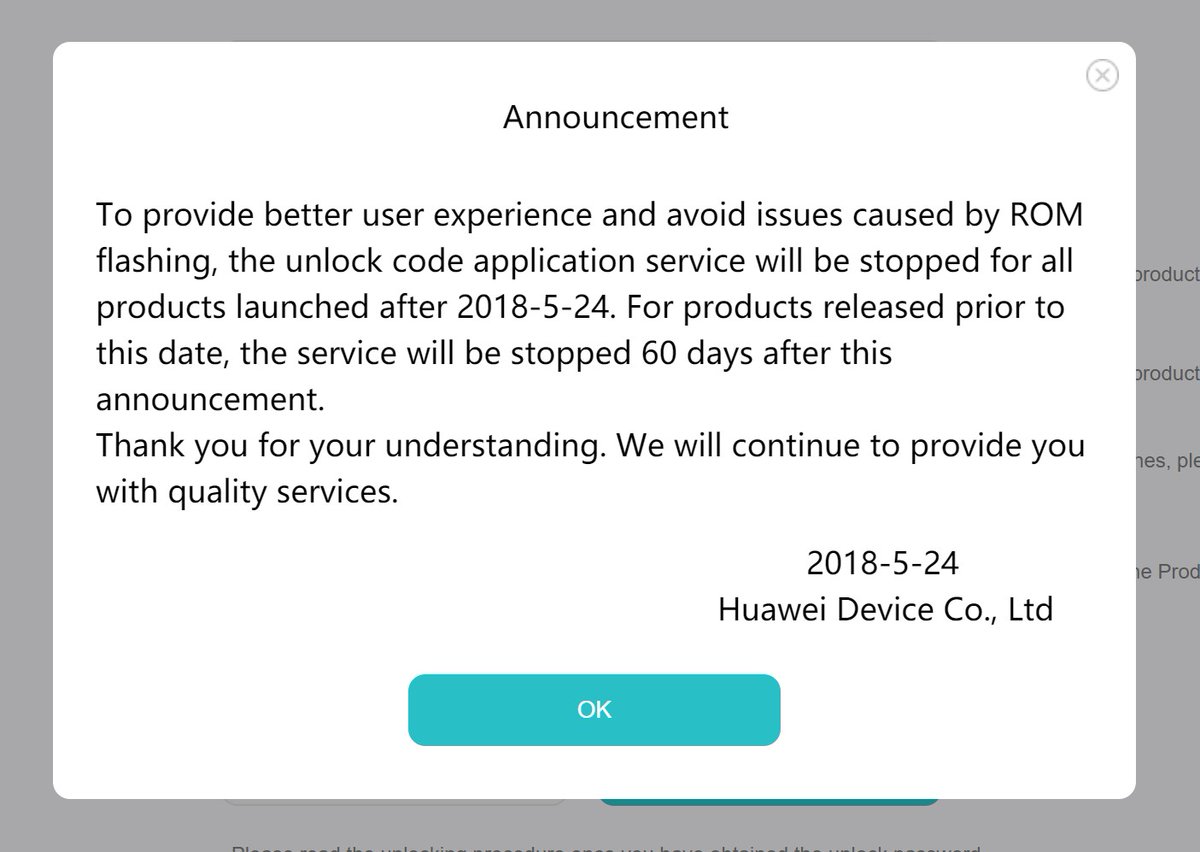 You might not have even known this, but Huawei offered a service in some markets to unlock the bootloaders of their mobile devices, though it seems it was never really available to Australians.

However, Huawei has decided to shutter the service, citing a desire to provide a better quality of experience to its mobile customers:

This is bad news. Huawei will soon no longer offer bootloader unlocks for their devices! pic.twitter.com/GZec6x8XGz

The move is only expected to affect relatively few, likely those in the enthusiast community who flash custom ROMs. The desire to flash custom software onto Huawei devices used to be (and may still be) pretty strong, because early Huawei software was less than enjoyable. However, in my humble opinion at least, in the last couple of years it has become significantly better to the point that it’s quite acceptable. I might be an outlier in the enthusiast community at least, because I’ve not flashed a custom ROM in many years and have no desire to do so ever again.

However, for those who like Huawei hardware and want to be able to flash custom ROM/software, the time is fast running out. You can request your unlock code for Huawei devices made/released before May 2018 online, but do so within the next 60 days before the facility is turned off. You’ll still be able to use your code after that date, so if you think you might ever want to tinker with your phone, grab a code now and save it somewhere just in case.

After years of owning a Huawei mate devices… This is the last. The mate 10 is a huge disappointment IMO. camera is worse than a 4 year old Note 5 (side by side), the notification blocks and recent tabs are that massive, I feel like an 80 year old using it.
And now this? C’mon Huawei, you’re better than that

Well it would have been nice to have this sort of handy info whether you recommend that phone: We recommend** this phone (see ** for exclusions). There are plenty of non enthusiast reasons to root a phone and Google is in no hurry to fill in those gaps.

Thank God I never bought one thinking I’d be able to unlock it.

Agreed, we need a quick cheat sheet covering those that refuse to allow owners to install what they want, those that fail to provide timely updates, those that fail to support over a reasonable number of years, those who insist on dumping their own poor quality skin (and even those that do better than google).

I’ve a sneaking feeling that most would be black marks, but you never know, someone might be doing the right thing.

The most simple need for root access is Titanium Backup or Helium.
With how much lag time there is between when the rest of the world gets a device, and Australia is finally permitted to get the same, there should be enough time to find out if a device has an unlockable bootloater and/or can get root access, before reviews and recommendations are posted here.