Home News and Editorial Beem It is ready to change the way you transfer money and... 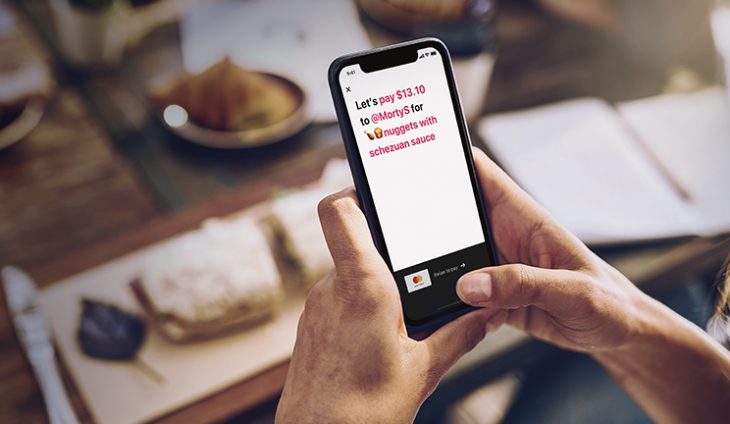 New mobile payments app Beem It has been quietly running a pilot of its service over the last few weeks, and is now ready to throw its doors open to the public.

Aimed at making “better money moments”, Beem’s focus is on removing complexity from payments and maybe even making it an enjoyable and fun experience.

Beem’s CEO Mark Wood says that he’s seen too many happy moments – dinners out and shared experiences marred by arguments over who’s paying what at the end, or (if you’re me) having to make a quick trip to the ATM to get money to pay someone back for dinner. He wants Beem It to make it easier and less awkward to settle debts between friends.

This might seem like a solution in search of a problem, but it’s not – Beem It cites research that shows Aussies are out of pocket to the tune of $6.2b to their mates. Maybe we forget, or the amount is too small to bother, or maybe we don’t want to jeopardize a friendship by asking for a debt to be paid back.

We first reported on the emergence of Beem last year – at the time it was thought to be a new mobile wallet app. In reality, Beem It (as its now known) isn’t a wallet at all – it uses Visa and Mastercard debit cards to send and receive payments using credit systems to take money and EFTPOS to send it.

It’s actually pretty simple: Let’s say Chris wants to send money to Dan; Beem It will take the money from Chris’ card as a credit card payment, and use EFTPOS to create a refund charge to put the money onto Dan’s card and thus straight into his account.

Money changes hands in real time, which is way faster than waiting for funds transfer between banks (which could take days and require you to pass BSB and account numbers back and forth). You can also use QR codes to make sending and receiving money even easier in person.

Beem It allows you to send money to and request money from your friends, whether they already have a Beem It account or not (they’ll need to sign up to send/receive money if they haven’t already done so, though).

It extends this concept to handling bill splitting as well, where the app’s realtime settlement aspect shines – everyone’s money can be shifted between accounts before you’ve even left the restaurant. Beem It has a great opportunity here with its friendly UI and realtime settlement capabilities – other bill splitting apps fall short of actually being able to send and receive money, leaving that up to the app users.

The app has a bright, fun, colourful and friendly user interface that lets you access its core features quickly and easily. Text is big and bold, and it’s clear they’ve paid a lot of attention to the core user experience. Right now, Beem It supports Visa and Mastercard debit cards, but the company says they’ll look at adding other payment methods in the future according to demand.

Three of our “big four” banks are invested equally in Beem It – Westpac, National Australia Bank and Commonwealth Bank. Commonwealth Bank already has a page on its website to promote the app. You don’t need to be a customer of these banks for the app to work for you though.

Beem It is offering a $5 credit to users who complete the signup process before the end of August.

You can get started now by grabbing the app from Google Play or something called the Apple app Store.

Out of all banks, NAB was the first to implement NPP (OSKO). It’s been a full implementation from the day one. If a recipient doesn’t have a PayID, you can still send the money instantly via BSB/Account number. Other banks should come online for NPP payments by the end of the year.
Highly recommended!

My mates still use Splitwise when it comes to sharing bills – especially useful for going on holidays together, and has reminder functions etc to “nudge” friends into paying you back. AFAIK there’s no built in payment system, but you can lodge screenshots of transfers against your nomination of debt payment etc – if your friends are that unbelieving that you’ve actually settled up :P. I would have thought Beem It’s bigger use case would be for one-off payments – I already have most of my friends set up in one payment method or another, so it’s sort of not… Read more »

“Beem It allows you to send money to and request money from your friends, whether they already have a Beem It account or not (they’ll need to sign up to send/receive money if they haven’t already done so, though)” So you don’t nedled to have signed up to use the app, but really you do? Osko solved this problem last month with the NPP, no app needed just register a PayID – not sure why the Big 4’s spent time and money on solving a problem customers have wanted for years then released it after the problem was solved (unless… Read more »

Hey Neil! Basically, you’re right. PayID solves this problem in an app-free way. The only issue (as noted in a different comment reply) is that the Big 4 haven’t really implemented PayID / NPP properly yet. ANZ and CommBank don’t offer it properly. Unsure whether NAB or Westpac do .. but unless its switched on at every bank, you can’t rely on being able to use PayID to pay something. As it stands now, if someone gave me a PayID to send money to, I couldn’t as ANZ and CommBank won’t let me. So, today, Beem meets a need which… Read more »

NAB have done PAYid properly (including in the app, with the ability to pay to all supported ID types)

CBA turned Can to Can’t and only let you pay to a PAYid that is a mobile number, because why the gell make life easy for customers.

Glad to see that most of the banks have managed to screw this up.

WeChat pay and Alipay have got that for long time.

PayID is basically instant and simpler in my opinion. This is dead in the water.

PayID is great, except that not all providers offer it today. My personal bank (ANZ) don’t offer it yet. Commbank does, but not for Ausdroid’s business accounts.

Thus, PayID is useless to me, and Beem works. Today.

Granted, when PayID rolls out more widely and supports more different types of transaction accounts it’ll be fantastic. Today, though, it’s a bit hit and miss.

Total solution in search of a problem. Bank transfers are instant now and even before instant transfers were launched this year getting someone’s bsb and account number via txt was a simple process. Can’t see many people using this when it’s replicating what the existing banking apps already enable. Weird that the banks themselves have invested in this but I guess they want to make sure that if there’s any chance of someone making money out of transactions they’re going to get their share of it.

I thought the same thing re instant bank transfers (and no longer needing BSB and account number, if people so choose). Feels like this app is 2-3 years too late to achieve the sort of widespread use that will make it successful.

There’s no fees to send money via Beem, so if they’re making money off it, it isn’t at the customers expense. That, and bank transfers generally aren’t instant yet – I’ve used (and recently, mind you) all of the big 4 banks to send money around, and none send it instantly. Best I’ve seen is a same day transfer (i.e. something sent in the morning showing up that afternoon) but that’s not common. The new payments platform will address that to an extent, but not all banks are making it available to customers as yet, and it also doesn’t support… Read more »

iPhone screen shots??? Is this a first for Ausdroid?

Not really, we have to use what we’re given (and we couldn’t readily screengrab some of these screens off an Android device without sending live money around).

You could pull them from the Play store?

Could’ve done, but on this occasion we used what was provided in the press kit. Why? They were good quality images and the Android UI is exactly the same as iOS (or vice versa).