Home News and Editorial Qantas inflight WiFi is expanding with expansion to A330 and more 737... 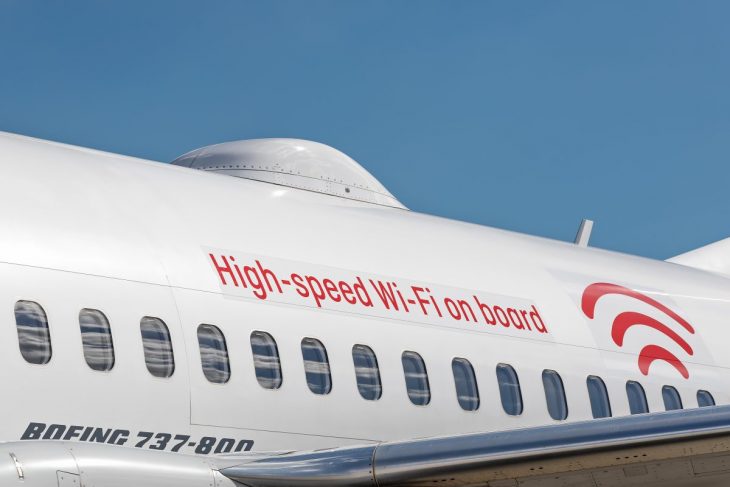 Qantas has been making moves to include inflight Wifi on their domestic aircraft, with an initial trial now expanding to more aircraft including more of their Boeing 737 fleet, as well as their Airbus A330 aircraft.

Inflight WiFi was first introduced to the Qantas fleet back in 2016 with a single Qantas Boeing 737. That has now expanded to include more of their 737-800 fleet, and now their A330s with Qantas advising ‘By the end of June, we’ll have Wi-Fi on two domestic A330s and half of the 737 fleet’ with 75 percent of their combined domestic 737 and A330 fleet of 80 aircraft getting WiFi by the end of the year, with the remaining aircraft being fitted out during 2019.

Qantas is providing inflight wifi using a partnership with global broadband services provider ViaSat who are providing ‘speeds up to 10 times faster than conventional on-board Wi-Fi’ or around 12mbps, which Qantas says is ‘more than enough to stream the latest movies and TV shows’.

There will be a lot of content available to stream with Qantas inflight WiFi with partnerships a number of partnerships set to take effect next month. Qantas has signed up offers through Stan, who offer three months of unlimited access to TV shows and movies, Apple Music who will give a four months free subscription and with Audible who will give a free audiobook per month for the first three months.

For those wondering if there will be annoying phonecalls or video calls, Qantas has specifically said that ‘No phone calls or Facetime’ will be available.

For those of you not flying Qantas, Virgin has also been rolling out inflight WiFi to their fleet announcing last year that they would be bringing the service to their Boeing 737 and 777 model aircraft by the end of this year, while their remaining aircraft consisting of Airbus A330s will be fitted out by the second half of 2019. TigerAir has so far advised Ausdroid that ‘Tigerair Australia has no plans for in-flight wifi at this point in time’.

Qantas is free. Virgin you pay.