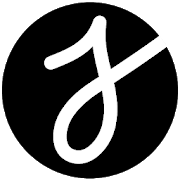 Google is really getting some momentum behind their Augmented Reality efforts. As a follow up to the announcement of Cloud Anchors at Google I/O earlier this month, they’ve updated their proof of concept app, Just A Line, with a neat new cross platform collaboration feature.

The feature utilises Cloud Anchors for Augmented Reality (AR), allowing you and a friend on either an iOS or Android device to make your own whacky AR creation. At Google I/O using a beer pong demo the techs advised that the system uses the Firebase back-end to sync the two phones consistently even cross platform.

It’s quite a neat, and seemingly easy thing to do. To set it up you’ll need a friend with an Android or iOS device both running Just A Line (it’s a free app on Google Play and the iOS app store). Then, here’s how to set it up according to the ‘What’s New’ description:


2.0 – Draw with friends in AR, real-time – Just put two phones side-by-side and tap the partner icon. Once the phones are connected, you and your partner will be able to see, and contribute to, the same drawing.


Google has open-sourced Just A Line in order to give developers interested in making their own AR apps using Cloud Anchors for either Android or iOS an idea of how to do it.