Home News and Editorial Plex has some new offerings and updates

Plex is one of the biggest platforms for users to centrally store and distribute their own media library around their network and personal devices. Over the last month or so they’ve brought forward several updates and new offerings to their array of goodies to keep them atop the pack.

Addition of GearVR and Oculus to their VR compatible hardware

Back in January Plex came to market with VR capabilities, specifically the Google Daydream allowing their viewers to watch in VR. It seems they’ve seen a bit of pushback from early VR adopters who are on either Gear VR or the Oculus platforms that initially weren’t supported, but they’ve listened and have now added support for them. 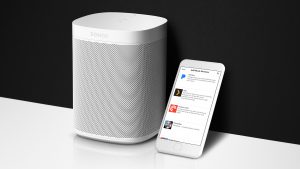 Waaaay back in 2016, Sonos put a Plex interface into their beta channel for users who wanted to test it out. That seems so long ago now, that the news of Plex coming to their release channel was a surprise to me. What makes this really exciting is the fact that they’re offering the ability to stream HD audio in the form of FLAC and AAC files to your Sonos – if you’re going to the trouble of storing HD Audio, listening to it is going to be a pleasure moving forward.

No you’re not dreaming, Plex have thrown their hat in the already heavily saturated ring of Podcast players. With the clear and present danger of being outed quickly by the already established, Plex has some advantages over them. The fact that Plex users are generally heavily invested in their platform, meaning Plex is unlikely to “go” but other apps may – so they’re on a potential winner there already. They’ve also come to market with a pretty well established set of Features:

They outline the design and thought processes for the addition of Podcasts in their Blog Post.

As a consumer I’m excited to see a major player in the media delivery game continuing to progress and keep their product relevant to the current day.