Home Mobiles Another source says the Google Pixel 3 XL will arrive with a... 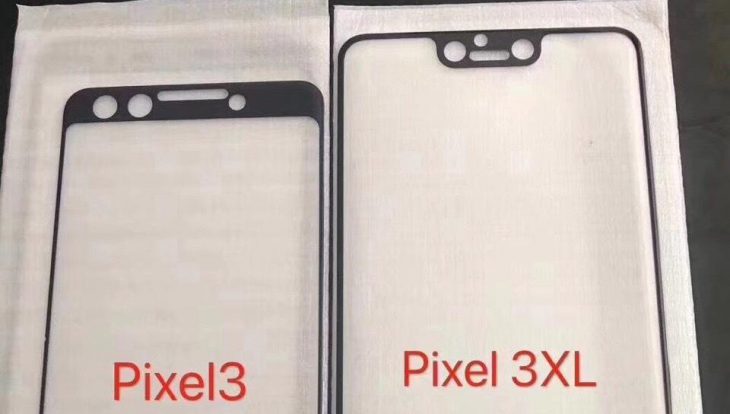 We are starting to see Google Pixel 3 rumours begin to materialise ahead of what is rumoured to be arriving in late August. We have seen screen protectors for the Pixel 3 and Pixel 3 XL leak as well as rumours of them sporting an LG-manufactured AMOLED panel. Both rumours mentioned a notch being present and now a new rumour gives a few more details.

Steve H, aka @OnLeaks has today Tweeted about something his little birds told him. The Pixel 3 will have a 5.3 inch display without a notch and the Pixel 3 XL a 6.2 inch display and will have a notch. This information matches up with the screen protectors we saw leak the other day.

It is no surprise to once again seeing Google bring two different designs to the table. One without a notch for those who want a more traditional design and the notch design because, well, Google are introducing support for the notch into Android so it makes sense they have a product with one. The Pixel devices are still an example for other manufacturers to learn how to Android.

Phones with a similar design to what the Pixel 3 XL is expected to be are sized just under the size of the Pixel 2 XL so we expect the Pixel 3 XL to be a very similar size to last year’s model with a 0.2 inch bigger display — sounds good to me. Also, with the Pixel 3 being updated to 2017 design specs it looks like Google will have something for everyone.

With the phone rumoured to be arriving in late August we will no doubt start hearing more and more rumours of the Pixel 3 phones in the coming weeks. We know you all love Pixel details so we will bring them all to you as soon as we see them.

Thank god Nokia started being part of android 1, was going to get a pixel 3 to replace my broken 2 xl but might go with a nokia flagship, don’t want to support the notch personally.

unfortunately the next nokia phones will have a notch. I suspect though that the notch will be phased out next year or so as companies solve the notch — eg Vivo, Lenovo

The ‘no notch’ solution that works best so far is Samsung. Vivo and Lenovo ideas have big issues. 1, moving parts. 2. Poor camera placement at bottom of phone. Many complaints about MiMix doing this already.

IMO, for phones wanting good quality outcomes, the notch is here for a while. Else it’s very thin top and bottom like Samsung.