Home News and Editorial Oz Comic Con: we go behind the scenes with an artist showcasing... 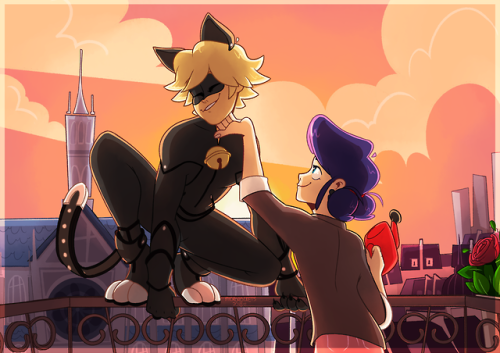 Oz Comic Con takes centre stage this coming weekend in Melbourne. We have already had a competition for readers to win tickets and for a final reminder we thought we would find out how the artists who create this content use their devices and software.

For this piece we interviewed 22 year old animation student and fan artist from Melbourne Emily Coop who goes by the moniker @microrockets on Tumblr and Twitter. We sat down with Emily for an insight into her use of technology and how she uses it in the creation of her art.

How would you describe your art and who is it targeted at?

I’m based in fan-groups because I post a lot of fan art for conventions and popular media, so my follower base is primarily people that share the same interests as myself, fans of my own work, as well as fellow artists!

What tech do you use in the creation process?

I use a laptop (Toshiba, 2013….I don’t know the specifics I’m very sorry) and a Wacom Intuos graphics tablet, mostly for my own personal work, but for animation we use Wacom Cintiq‘s (24HD) hooked up to Apple Towers!

Sorry Samsung or any other tablet manufacturer here — nothing but specifically designed graphics tablets here. If you want to do serious art it seems you need serious hardware. 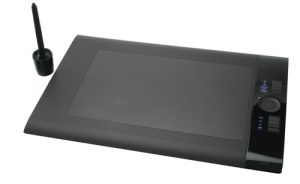 What apps or programs do you use?

For personal work I use Adobe Photoshop, Paint Tool SAI, and for animation I use Adobe After Effects, TV Paint and CAN also use Maya & Adobe Animate! I use Paint Tool SAI for the bulk of my personal work – it doesn’t support transparency or text features, which is where Photoshop comes in to fill that gap. SAI is useful for my prints and stickers and commission work! TV Paint is where I’ll do all of my animation, and After Effects will be used to composite the shots as I work on my major film!

That’s a lot of software with some serious subs/prices included. Remember that next time you complain about paying a few bucks for that app you want. 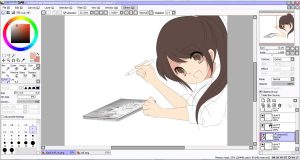 In the time you have been doing this has the process changed much?

When I first started doing digital art I used to draw on Oekaki boards online (haha, I was 13) before shifting across to Adobe Photoshop and Paint Tool SAI when I was about 17. Photoshop has been updated as the newer versions have come out, but I’ve always been sticking with the same version of SAI since I got it.

Can you see yourself using anything else in the future such as VR or AR?

If I start working in a studio that uses it, then I probably will! But I’m not entirely sure about what I’m going to do when i finish! It’s entirely possible.

Have you ever done any artwork for any apps?

I haven’t yet but would love to should the opportunity arise.

What do you think is the future for tech and her industry?

Many animation studios are using high quality Cintiq’s with ToonBoom, which is a new-ish program that has many new features to it! At least 3 studios that I know of use it, and TV Paint is popular in France and smaller-scale companies.

What is next for Microrockets?

Next stop for me is hopefully animation for TV! Kids TV to be precise, but I could also work in any creative field, all things considered- basically wherever will have me.

It is interesting to see what an industry use when it comes to their tech. As much as the mainstream manufacturers may want you to believe it seems they use industry specific and designed hardware. That does not that mean that a Samsung or Microsoft could not make that in the future.

Emily is still professionally a student and yet already has some expensive hardware to her name. They are the tools of her trade and as such are designed specifically for her purpose. At this stage it seem to Emily that in the future most of the development in her industry will come in software enhancements, which parallels our thoughts on where mainstream tech hardware is at.

If you are interested in checking out some of Microrocket’s art you can follow her on Twitter or head over to her Tumblr page. As mentioned above Emily is available for any commission work so if you like what you see and need something done hit her up on Twitter/Tumblr — some of this work would look great in an app. For those who just want to say hi she will be at booth 88 at Oz Comic Con this weekend in Melbourne (get your tickets here).