OPPO had a line of smartphones called the Find series in recent years and these Find phones were often aimed at the higher end of the market. Unfortunately they fell by the wayside in favour of the mid-range R-series phones. Now it seems that the Find series is back.

In the past few days we have seen various rumours and leaks about OPPO releasing a Find phone called the Find X but there was little concrete evidence. Today though OPPO have gotten onto the front foot and announced that there will indeed be a Find X released this year with its unveiling slated for the Louvre Museum in Paris on June 19.

OPPO have announced that the Find X is going to continue the Find series’ reputation for “pushing the boundaries of what smartphones are capable of and pioneering new designs”. Executive Director at OPPO Australia, Michael Tran says the Find X will take the OPPO Find devices “to the next level”:

We are really looking forward to bringing the latest device in the Find series to Australia. The Find X will go beyond the normal features offered on the market and deliver a whole new experience to customers, incorporating OPPO innovations and design concepts into the device 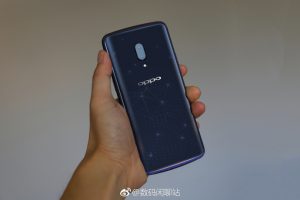 While there is no official word from OPPO just yet as to what the new Find X will look like or include under the hood we do have an inkling of an idea from the various leaks we have seen. The Find X will apparently arrive with a Qualcomm Snapdragon 845 on board supported by 8GB of RAM and 256GB of on board storage. The display will be a 2K 6.42 inch display powered by a 4000mAh with Super VOOC support.

Other rumours include 3D facial recognition, a 5X optical zoom camera. From the leaked images it also appears that there is no visible fingerprint sensor, pointing towards OPPO’s first under-display fingerprint sensor (unless they rely solely on 3D facial recognition like thee iPhone X). The phone will not only be notch-less but will be bezel-less according to some leaks as well — something we would love to see.

We really do not know anything for certain but you can bet that if OPPO are bringing back the Find name they will have something special up their sleeve. We will definitely be keeping a close eye on the announcement in Paris and any other relevant details.

notchless and bezelless, guess it will turn out like the lenovo z5

Android One would make this phone great, genuine Pixel alternative and One Plus replacement for Australia.
Never going to happen though. ?