Home News and Editorial Optus and SBS team up for an official 2018 FIFA World Cup... The FIFA 2018 World Cup kicks off in Russia on Friday morning and to help you get your fix of the World Game at its finest Optus and SBS are teaming up for an official app and an official VR app.

SBS’ The World Game app has morphed into the 2018 FIFA World Cup app offing a chance to stream 25 free to air matches from the SBS broadcast as well as the remaining 39 games exclusive for Optus Sports Premium subscribers/customers. The games will allow users to switch between five different pitch angles as well as the ability to follow teams and players for a closer analysis of the game. An impressive 35 cameras can be accessed when watching replays and highlights including the ability of watching a play in slow motion.

Not only will the app offer games live and on demand in HD with multi-lingual commentary but also news alerts, expert analysis and opinion, video highlights, live scores, statistics, fixtures, group standings, and team information making it an all-inclusive app.

Alongside and complimenting the standard app from Optus and SBS will be the first ever FIFA World Cup VR app. The app allows users to enter their own VIP stadium suite (minus the awesome food and booze unless you provide that yourself) and watch live matches in VR.

The app allows you to watch the match from various locations inside the stadium, change camera angles during live matches, re-watch games and interact with stats on the fly. During the match 180 degree and 210 degree super wide angled views will be available with a 360 degree video available on-demand at the conclusion of matches.

FIFA World Cup Russia 2018™ is set to be the most connected World Cup ever and with the addition of these two custom-built apps, developed with our partners at Optus Sport and FIFA, football fans will be able to immerse themselves in the world game like never before.

Both the standard app and the VR app are available for download on the Play Store now. The VR app is also supported by Gear VR and Oculus. Optus Sports Premium is available for $15 per month (the FIFA 2018 World goes for a tick over a month *hint hint*) or for free on eligible Optus plans. Unfortunately it cannot be installed directly onto Android TV (but sideloading it works just fine) and there does not appear to be Chromecast anywhere in sight.

If you are at all interested in following the 2018 FIFA World Cup got and grab the apps now in time for the first game Friday morning. 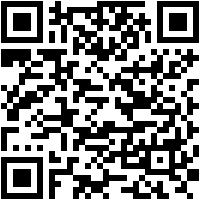 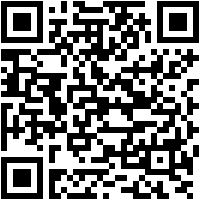 i’ve been using the optus sport app for the last 2 years. Chromecast support is included, so watching Optus only matches on a tv shouldn’t be a problem.

In other news I was able to sideload the FIFA app onto my Sony Android TV. main pages of it are locked to portrait but the video defaults to landscape.

The only problem is that the Optus Sports app feeezes and buffers regularly. Whereas the SBS app streams perfectly.

sbs app no chromecast? was going to purchase one tomorrow but if it don’t work don’t want to waste my time

Chromecast works on this app when you play the video and then use the Cast feature in your Android device; it picks it up then. Strange there’s no obvious cast button in the app but oh well.

How do you use the cast feature on your android device if there’s no cast button?

There is now. Found it finally.
When the video loads and the Ads stop, you should find in the top right corner of the screen…

Ok thanks. I’ll check it out when I get home.

Have you used Chromecast with your Optus Sport credentials or your SBS ones? I just read that they don’t allow you to cast when you use your Optus login.

I thought I was using my Optus credentials but I will verify.