Home News and Editorial OnePlus 6 sells over a million units in just 22 days, and... 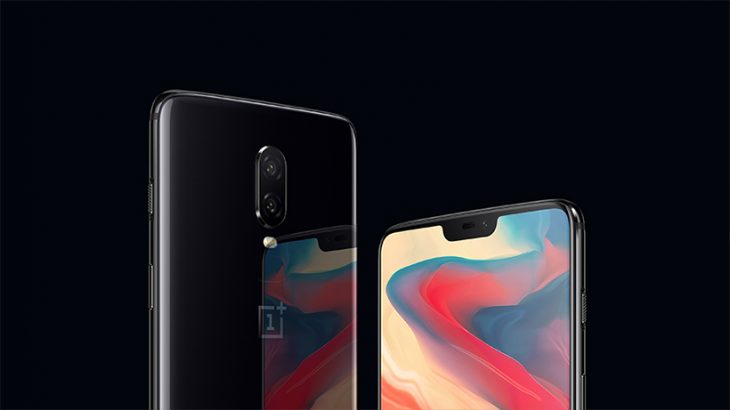 OnePlus are a fledgling company focused on packing as much value into a phone with the highest specs possible for a decent price. Each year their products have gotten more and more expensive but that has not stopped them from growing. This year their flagship phone, the OnePlus 6, has started off like a house on fire becoming the fastest selling OnePlus phone to date.

Overnight OnePlus took to their social media channels to tell everyone how well they are going — and it’s pretty good.

One million units sold in 22 days! Thank you for helping us make the #OnePlus6 our fastest selling device yet. https://t.co/DMsDk8u88u pic.twitter.com/EIuiYBjLBU

One million units in just 22 days is a great effort — that is not one million shipped but one million sold. Impressive for a small company that continues to profit where others cannot.

So many other companies would kill for profits such as these but then if they did they would be paying attention to what OnePlus are doing right and copying/imitating it. One thing OnePlus are not doing right is making the phone available worldwide — although they would be struggling even more to keep up with demand if more could buy it.

The OnePlus 6 is selling so well that they are having trouble keeping up with demand: the Silk White version has been selling out within minutes of availability and the 256GB versions have been out of stock for much of the time since launch. This is better than the OnePlus 5 and 5T, which sold very well for them, with them taking three times as long to reach the million mark.

As Australians we are but a small blip in most of these companies’ radar so we cannot expect to see everything they release. Fingers are still crossed that OnePlus will begin selling their best phone so far to us directly and we would not rule it out in the future. In the meantime all we can do is watch as over a million users around the world enjoy the OnePlus 6.

I’ve had my OnePlus 6 (8gb RAM
, 255GB storage( for over a week now, purchased locally via Kogan. Love it, couldn’t be happier

Haven’t had much joy with Kogan, but at least I guess they are local. All going well so far ?

Brilliant !! Great battery life ( and I DO give it a workout), runs really cool.

Servicing is another problem. I broke my oneplus 3t screen two days ago. Because there is no official service centre in Australia, I’m having to go to 3rd party vendors, and they’re charging almost double of what oneplus charges. (not even sure if the 3rd party is going to use a genuine part or a generic one).any recommendations? I’m on the Sunshine Coast, QLD.

Have you thought about having a crack at fixing it yourself and watching a Jerryrigeverything video? I’d imagine it wouldn’t be that hard if you can source the parts cheaply? I’m in Brisbane and there are heaps of those pop up phone Fixit shops but I’m not sure how qualified their technicians are.

I gotta be honest, I’m getting pretty tired of Oneplus making Aussies jump through hoops to buy their phone which has had plenty of support from local buyer’s including the trial with the Oneplus 5. I’m at the point now where if they won’t officially sell it to us, then maybe it’s not worth making the effort to import one and support local retailers instead. #rantover

Oh come on, it’s not that hard. I paid $30 to ship via Shopmate. And then I used a pair of pliers to bend the dash charger prongs. Lol

I agree, it’s not that hard. It’s just that it’s so much easier to walk into a retailer and buy a phone with local warranty and Support if there’s a problem with it.

The obvious alternative is to buy the Nokia 7+. A mid spec chip is the only difference. Retailers have it for $530. If One+ won’t support 4G etc., then don’t buy their product..by the way, Nokia software is superior. Monthly software enhancements, no bloatware….

Bought it from OnePlus direct & used a US Shopmate address.

It sucks because when it’s not sold here you don’t get access to advanced 4g features which are needed here. They require telco support.

errmm… Which are those features?

4G voice (VoLTE) – phone drops back to 3G when in a call, data drops back to dialup speeds
4G Wifi (VoWifi) calling – cannot use WiFi networks to make/receive calls. A must for low signal areas and dead spots inside buildings or blackspots outside

Whether or not they actually make profits is another story though.

They make their money by tracking everything you do on the phone and sell that info to third parties.

I think they would be making good profits , labor is cheap in China , and from what I can gather out in the big wide world they don’t have walk in store costs to worry about ,
And I’m they would not offer the costly support that the big companies do.