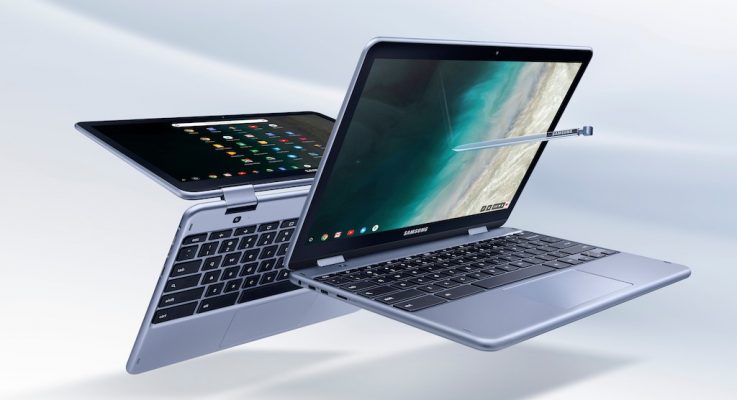 Samsung has overnight announced their second generation Chromebook Plus, a 2-in-1 convertible laptop that also includes a touch screen and stylus support.

The Samsung Chromebook Plus V2 hasn’t changed a whole lot in terms of design, it’s still offers both a laptop and tablet form-factor with a rotating 12.2″ display, though it’s now been stepped down to a FHD (1920×1080) resolution. The Chromebook Plus V2 still includes a stylus that slots inside the Chromebook when not in use, which can be used for note taking, sketching out ideas, document editing or signing and even to magnify text on the screen or capture screenshots.

The design still includes USB-C ports (as well as a standard USB-A port), and a microSD card reader to expand storage, but now uses a slightly higher end processor switching to an Intel chip as opposed to the OP1 design of the first generation. It also includes an updated ‘curved-cap keyboard’ which is built to withstand spills up to 60cc.

Samsung has also updated the camera from a single 720p resolution sensor to include both a 1M front-facing camera and 13M F1.9 rear-facing camera with autofocus that’s mounted in the keyboard…(yep). 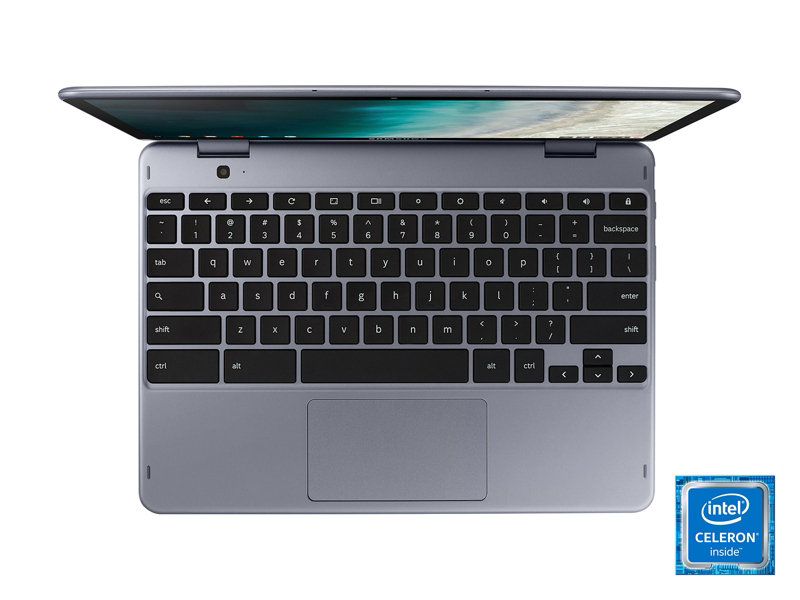 Today’s consumers want to be able to maximize their communication while also expressing their creativity wherever they are, and the new Samsung Chromebook Plus fulfills that need. For those who choose Chrome OS, we wanted to give them a lot of reasons to choose the new Samsung Chromebook Plus, as it is designed especially for people who never stop moving, to match their pace and magnify their creativity.

Of course Samsung Australia don’t sell laptops here, and only availability in the US has been announced with the Samsung Chrombeook Plus V2 heading to Best Buy stateside on June 24 for USD$499. If Samsung Australia ever chooses to release it here, we’ll let you know.

Typing ths on a Chromebook Plus I got through Amazon.
‘Still includes USB C … and USB- A ‘ Mine doesn’t have the A. Or the backlit keypad, so perhaps the A was on that later version.
Stepping down resolution? Seems an odd thing to do.
Generally been quite happy with the device, which replaced an aging tablet. Samsung should sell them here.

Why can’t I buy this in Australia Samsung??!!!