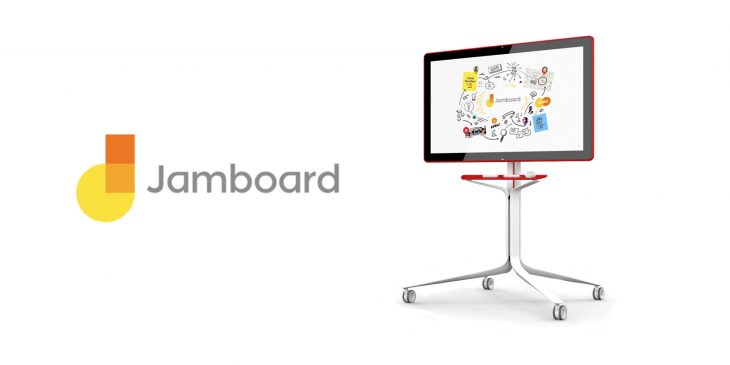 After launching in 2016, Google’s digital whiteboard, called the Jamboard, is now available for purchase in Australia and New Zealand.

The Jamboard is a next-generation digital whiteboard for use by businesses using Google’s GSuite. The Jamboard offers users the option to collaborate on a large-screen (55″) 4K resolution screen either in person or via the ‘cloud’. Users can access the Jamboard using a Jamboard app on Android and iOS with the tablet mode offering users an ‘experience similar features as they would on the Jamboard device’, while smartphone users can use it as a companion for the Jamboard device.

Now, before you get excited the Jamboard isn’t cheap. To start with you need to have a business G Suite account, then the Jamboard itself starts at $7,999 which includes two stylus, an eraser and a wall mount. Then of course there’s the yearly management and support fee of $900, not to mention the additional $2,199 for a rolling stand if you want that.

If you’re still in the market after that pricing, Google says that ‘G Suite customers based in Australia and New Zealand can contact their Google Cloud sales rep, our distributor, BenQ, or visit our website to learn more about how to start jamming with colleagues today’.

I think this is one Google device that won’t be making it into my collection.

Ha, BenQ offered me a job as a customer rep for these things but I turned it down.. Somehow I have a feeling these won’t sell as well as the Surface.. Or, I could be kicking myself later on for missing out on a good opportunity..