Begun, the online video wars have. At an event in San Francisco overnight, Instagram has laid bare their plans to take on video giant YouTube with their IGTV launch, a service which will let users add up to hour long videos to their feed.

Instagram is targeting mobile users with IGTV, it’s both a new app and a new platform – though you’ll be able to see IGTV in the Instagram app itself. Instagram describes IGTV as ‘a new app for watching long-form, vertical video from your favorite Instagram creators’. Instagram says that as it’s on mobile and we use our phones vertically, that’s the way their videos should be filmed and watched.

The concept of ‘creators’ is heavy in this announcement, you follow a creators channel – basically their Instagram feed – in the IGTV app and their content automatically starts playing as soon as you open the app.

To really launch the new IGTV, Instagram has had some of their more influential users including Australian actor Chris Hemsworth, and other ‘stars’ like Kim Kardashian start adding longer form videos to their channels. It’s not just limited to stars though, like YouTube, anyone can create their own channel and begin uploading content to IGTV.

The IGTV app will be available on both Android and iOS, and you can head over to Google Play and install it now. 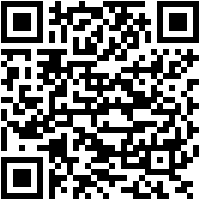