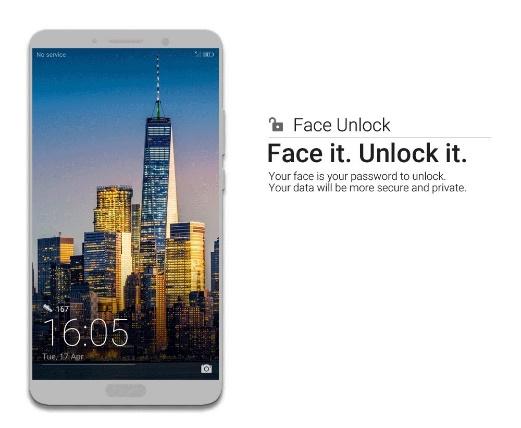 In a big win for an improved user experience and security, Huawei has today announced that they are committed to delivering bi-monthly updates to a wide swathe of handsets, as well as a new firmware update for a number of handsets bringing the ability to unlock your handset with facial recognition.

The commitment to bi-monthly firmware updates will include security updates in a big win for consumers who have previously lamented Huawei’s somewhat spotty history on this front. The updates will be applied to a wide range of handsets including the P, Mate and Nova series handsets

Huawei has announced their first update will include a face unlock option which will be rolled out over the next month. The face unlock update will complement existing phone security methods including password and fingerprint scanning, already available on Huawei smartphones.

Once the firmware is applied to the handset, users will be required to create a facial profile by going to Settings → Security & Privacy → Face Unlock. Once there they will need to choose the ‘Input or Create a Password’ and then choose ‘Begin Facial Profile Enrolment’.

Huawei says there will be several options available to users once they’ve created their facial profile. Users will be able to either unlock the screen automatically by simply holding the phone up to their face which they say minimises user effort, or have the phone require a ‘slide to unlock’ to complete the unlock, this option allows users to check the time and notifications without fully unlocking their phone.

Huawei is committed to improving our new and existing customers’ experiences. We hope our customers will continue to find great enjoyment from using their Huawei smartphones. Face Unlock is a feature that has been, until now, limited to premium smartphones. Huawei is proud to be able to bring this feature to a wider, more accessible range of smartphones. We are a leading innovator in smartphone technology and we will continue to provide Australian users with cutting edge products, which complement their needs and lifestyle – without having to break the bank. This firmware update ensures the majority of our phones released over the past two years, beyond our 2018 smartphone releases, feature Face Unlock capabilities.

Huawei expects the full rollout of firmware updates to the entire list of phones mentioned to be completed by the end of July.

A number of owners of the p20 pro are having issues with finger print Id completely disappearing from the phone?? Me included

Mate 9 user here. Face unlock update dropped 2 days ago for me. Only complaint is that too can’t enroll more than one face ie spouse. Works brilliantly though

Dont believe it until it is on your device! I was waiting 1 year for a promised update (a lowly security update). The device NEVER got the update and refused to fix the phone under warranty. Ended up with a Moto G and will NEVER use a huawei device ever again.

They are welcome to mine it’s as dull as dishwater.

Huawei just signalled to ALL other phone manufacturers that they are playing in the big league – great battery, pretty amazing battery life (on the P20 pro) great design, great hardware, innovative features and now updates that equal or best Samsung – really now they just need to fine tune the IOS or get a few Android one handsets out there..